Kona’s Comeback: Getting a Veteran Gun Dog Back in the Hunt

Just two months ago I didn’t think that Kona would be around when it came to this point in the... 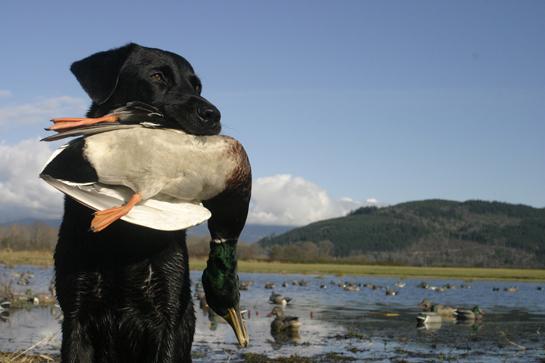 Just two months ago I didn’t think that Kona would be around when it came to this point in the season. But during the final week of November, Kona took to the field once again (albeit with bated breath and apprehension by me).

After a couple of weeks of taking both Etogesic and Tramadol, I weaned Kona off the anti-inflammatory and pain med and watched his reaction. He seemed good, so I took my trusted hunting partner of the past eight years on a road trip.

First we hit the Columbia Basin in Central Washington state with some high school and college buddies for pheasant hunting. This is an activity that will go by the wayside due to the repetitive pounding on that front-leg joint affected with degenerative joint disease. Watching him during the hunt and after, there was only the slightest of a head bob, indicating a favoring of the front leg. The exercise and excitement of being in the field again however, made it worthwhile; we only put up a single rooster and he retrieved a dropped quail flushed by my buddy’s dog, but it was enough after a year off. I gave him the NSAID/pain med combo that night and headed across the Cascade Mountains to the west side of the state.

Hunting the next day with Banded Hunts Washington, Kona was treated to work on decoying ducks in the Skagit Valley of the Evergreen State. This action is more of what I’m guessing he’ll be doing for as long as he can; which is anyone’s guess as to how long the leg will hold up. However, Kona spent the day working from a Finisher-type blind, making retrieves in running-depth water and delivering birds to hand – it’s nice to have a trained dog that brings them directly to you, never having to leave the layout blind, and then goes back to his place. After the work he was fine and showed no signs of pain or discomfort.

After a couple of days rest, we were back in Central Washington hunting with Meseberg Adventures Duck Taxi on Potholes Reservoir. As with Banded Hunts, it was tough hunting with educated birds that had been in the area for three weeks or more; they had been pounded on and knew every setup in the county. We managed a few, and Kona did okay work; he picked up the dead ones but since we haven’t trained or hunted almost at all in the last year, he was rusty on the long blinds for cripples across the 150 yards or so of water.

But, considering that just a couple of months ago, I was expecting to face this time of the season without my dog, I’ll take lackluster work over no work any day. And, as weather begins to move into the area after an unseasonably warm stretch, the educated ducks will move south and more birds, those less accustomed to the surroundings, will move down from Canada, which is what we really need for hot shooting and to capitalize on a two-year record hatch.