When to Call it Quits

While back in my hometown of Ephrata, Wash., last week for the holidays, I was able sneak out for a... 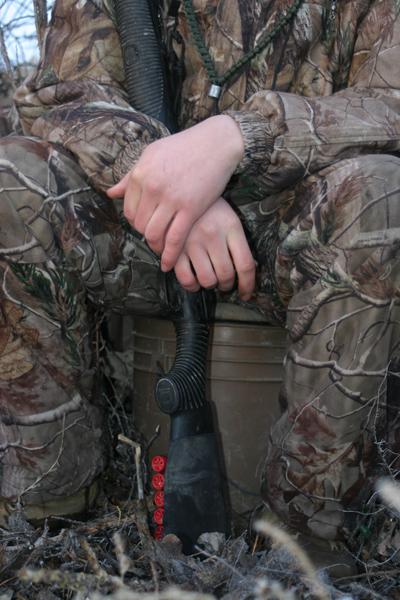 While back in my hometown of Ephrata, Wash., last week for the holidays, I was able sneak out for a day of duck and goose hunting with Bill Sangster from the local Ducks Unlimited chapter, as well as several high school students that are members of the chapter.

Just two days before, the high school guys were hunting the Moses Lake, Wash., area and picked apart pairs, triples and other small flocks until late in the afternoon for a tally of 39 mallards – 35 of which were drakes.

Taking that information into account and having watched another field for a few days, Sangster came up with a plan for a hunt. And then one of the guys called and told him to meet at a country-road intersection. There, at 10 a.m. were, as best as Sangster guestimate, more than 5,000 ducks in a cut-corn field.

The field – which was secured with a knock on a door – ended up being near the place where one of the best hunts in my life took place. I was home from college during Thanksgiving break and was covered up with a tornado of thousands of birds that literally wouldn’t leave the field.

Arriving shortly after 6 a.m., we set the spread, built a blind on the edge of the field, got comfortable and waited. And waited… And waited.

It was a quite morning by all counts; we only heard six other shots from two nearby fields, only two flocks even showed passing interest in our spread and the little traffic in the air was hell-bent on going somewhere. After six hours with nary a shot fired, we picked up the duck decoys and set up on across from the field with hunters sitting in a ditch. Nothing even passed by. We decided to pick up the decoys sometime after 1 p.m.

With the dekes loaded in the pickup, we drove out of the field and watched as thousands upon thousands of birds suddenly started appearing on the horizon. Within minutes a flock of several hundred was circling the field we had just left. And then more birds joined them. Two fields to the south, three separate flocks were beginning to circle, pulling distant flocks into the area and threatening to tornado. It didn’t matter where you looked, there was flock off in the distance and seemingly looking for a place to feed.

The young guys grabbed their guns, shells and a couple of decoys and headed back to the field. I had to get back to my parents to pick up my son and then head home. Such is the pitfall of responsibility.

It was one of those days. Absolutely nothing happening at all and then, WHAM!, it’s like a warzone with targets everywhere you look.

I’m the type of hunter and angler that tends to get into trouble because, contrary to what many might think, I’m an optimist at heart. I think that if I wait just another 20 minutes a flock will drop into the decoys, or if I cast a fly to that next downstream pool, a giant rainbow will rise, that the next draw will hold multiple roosters, or that a rut-crazed buck will suddenly walk out during the noon hour in a driving rainstorm.

The question I have for you Gun Doggers is: when do you call it a day?