How Old is the Domestic Dog?

Man’s best friend for tens-of-thousands of years, the domestic dog has filled specific niches as a hunter, guard and beast... 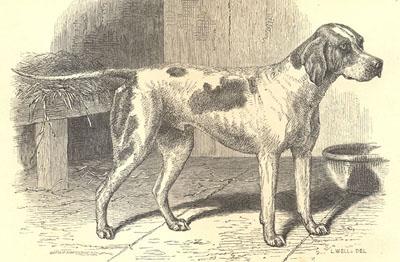 Man’s best friend for tens-of-thousands of years, the domestic dog has filled specific niches as a hunter, guard and beast of burden. Just how long we’ve manipulated the genetic code of dogs and bred them to fill those roles has been debated. However, new DNA evidence from a canine-like animal in central Asia has begun to put the debate to rest.

The archaeological evidence has proven domestication undeniably had taken place by about 14,000 years ago. But fossils that look like dogs, and which were often buried near humans, dated as far back as 36,000 years. So asking the simple question of how long dogs have been domesticated has produced numerous answers depending upon who you ask.

Now a new study has put the question of domestic dogs to rest. A team of researchers have taken DNA samples from a skull found in a cave in central Asia; that skull is approximately 33,000 years old. The DNA analyses reveal that the canine is more closely related to modern dogs and New World canids than to contemporary wolves.

None of this will help your hound hunt better, but it does speak volumes to the selective breeding we’ve undertaken with dogs and just how long they’ve been helping us survive. And, it’s just a fun bit of trivia to throw out to dog-training buddies when sitting around the truck after a day in the field.

The Earliest Breeds
The earliest dogs all provided a service to man; hunter, guard and work beast. This slide show highlights some of the earliest breeds that are still around today.

An interesting fact comes from the first slide. It’s of a pointer named “Major” from an 1865 journal called “The Field” and it’s the earliest known image of a dog. From the article:

“A pointer named ‘Major’ was identified this week as the first known example of a modern dog. A description of the dog was found in a now-obscure 1865 edition of a Victorian journal called The Field. It marks the earliest reported dog breed based on physical form and pedigree.”