Like many other companies (such as Eddie Bauer and Ducks Unlimited), D.T. Systems is bringing along a mascot puppy that... 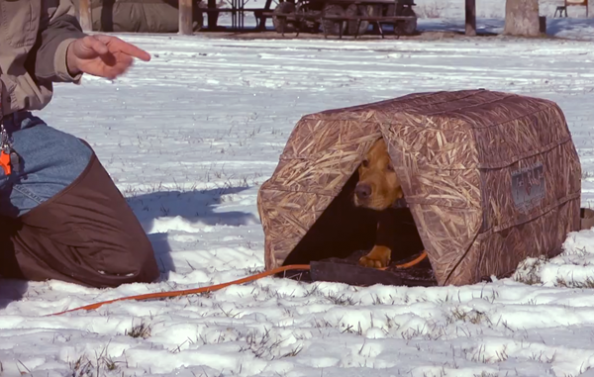 Like many other companies (such as Eddie Bauer and Ducks Unlimited), D.T. Systems is bringing along a mascot puppy that they will follow through the training process from puppyhood to adult working dog. The e-collar company’s pup is aptly named D.T. and is being trained in monthly segments by Dan Ihrke.

If you remember, Ihrke was part of the two-day dog-training seminar I attended about three years ago, along with George Hickox, and for which we did a giveaway for here on Gun Dogs blog.

The monthly video series that details a puppy’s training is nothing new, but each trainer and each puppy bring new information, ways of doing things, ideas or even just a different slant on the same topic.

The newest video from D.T. Systems covers bringing a new puppy into your home and establishing a bond with it, as well as the initial steps of crate training.

• Positive/negative: Rewarding good behaviors and extinguishing unwanted behaviors by not rewarding them and removing a deterrent to the puppy when he acquiesces.
• Introductions: Making every new introduction as positive as possible.
• Using the crate: Putting your pup in the crate when you leave the house, or even when you just don’t have the ability to keep an eye on him for a few minutes.
• Collars and leashes: Get one on your new pup as soon as possible and get him accustomed to it ASAP.
• Crate release: Don’t let your pup come barreling out of the crate; he gets to leave on your command, and Ihrke does an excellent job of showing you how to accomplish this quickly and easily.
• Canine habits: Ihrke hits the nail on the head when he says that dogs are even more habitual than people, and that you can avoid missteps in housebreaking a new puppy by not even letting them have the chance to make a mistake (this concept is also fundamental to all future training – set the dog up for success so as to reduce the use of corrections).

Take a look at the video and consider subscribing to D.T. System’s channel for future updates on D.T.’s progress.