If you’ve read the June/July issue of Outdoor Life, you’ll see a piece I wrote on picking the top hunting... 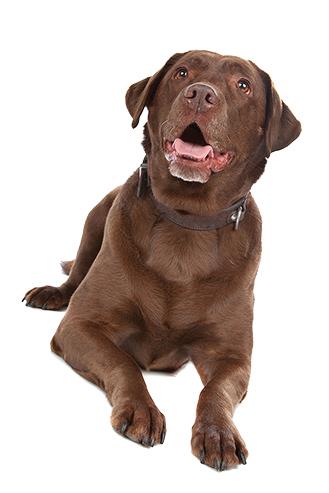 If you’ve read the June/July issue of Outdoor Life, you’ll see a piece I wrote on picking the top hunting dog from several groups – retrievers, hounds, spaniels, pointers and cur/feist. As I said in the printed version and even here in past blogs, picking the “best” hunting dog is highly subjective. It depends upon the quarry being pursued, the location, terrain, weather, personal hunting style and a myriad of other variables.

However, in the June/July issue, I relied heavily upon how various breeds have performed in field trials and hunt tests (as well as the number of different species a dog hunts for proficiently, genetic health and even “X” factors that make each breed popular). There are many hunters out there, however, that don’t think they want a field-trial dog, for whatever reason.

Some reasons that are typically given for not wanting a field-trial dog include: hyperactivity, too much drive/dog, too big of runners and too hot-nosed, among many. And while some of those things might have some merit (or might not, in that it could have less to do with the dog and more to do with the human side of the equation), field trials and hunt tests are the only way to evaluate the prey drive, trainability and prowess of hunting dogs on a consistent basis.

And while field trials themselves have detractors because of how extreme and unrealistic they’ve become (which often dovetails into arguments surrounding the evolutionary aspects of breeding programs aimed primarily at succeeding at trials), the truth is: the traits that they’re testing for produce the best hunting dogs.

But, that leads to another question pertaining to declaring a certain breed “best in class” based upon performance in trials/tests: is the dominant dog breed that much better or are there just that many more of a certain breed that the odds are in their favor?

For instance, there are far more Labradors that compete in retriever trials and tests than likely all other breeds combined. The numbers also favor English springers over cockers in spaniel trials. Are they really that much more dominant?

Personally, I think popularity within the competition circuit tends to follow success. If Labs weren’t that much more dominant, they wouldn’t be that popular.

This theory goes out the window a bit when the argument of a certain breed better fitting how a trial or test is run or scored comes up. Are treeing walkers and pointers that much more dominant or do the actual tests favor their hunting styles – that being big-running dogs with hot noses?

You can argue that those traits actually do make better hunting dogs, but to do so, you have to suspend personal hunting styles, small-acreage properties and even more idiosyncrasies that make other breeds popular but not dominant in trials/tests.

What say you, Gun Doggers? Are field-trial statistics the best way to evaluate the “best” hunting dog within a group? If not, what’s the objective alternative?