The popularity of shed hunting has grown greatly over the last several years, and many trainers are developing programs to... 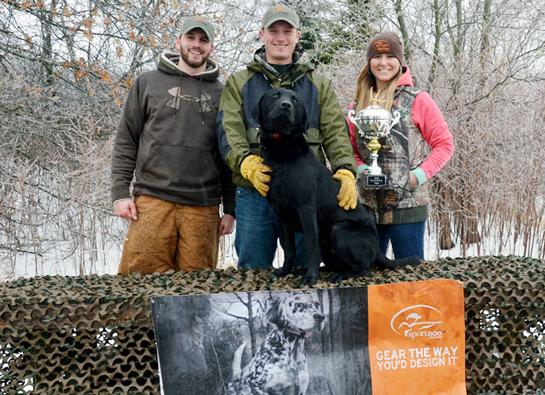 The popularity of shed hunting has grown greatly over the last several years, and many trainers are developing programs to teach dogs to search out and find antlers. Three years ago, Tom Dokken started developing products to use in training, and then a hunt-test-like program to inject some fun and competition into the scene.

This year, on April 13 and 14, the third NASHDA World Shed Championship took place in Northfield, Minn. The North American Shed Hunting Dog Association runs qualifying events just like a retriever or pointing dog hunt test, with pass/fail standards. “The whole idea is for events to be fun, for people to run their dogs and create good camaraderie,” said Dokken. “Most people are more than happy to share training tips and offer encouragement. In qualifying events, you’re not competing against anyone; you just have to find six antlers in 15 minutes.”

The world championships, which hosted 37 competitors, is scored so a champion can be declared. “The reason we did that is that we wanted to remove any subjective implications, judges making decisions based on style, looks or any possibility of political happenings,” said Dokken. “It’s pretty straightforward: a competitor gets 50 points for finding a shed and 50 points for delivering it to hand. They have a 15-minute time limit and any time remaining after all the finds is added to your score.”

This year saw more than 100 dogs and handlers compete in qualifying events throughout the Midwest, with 37 making it to the championship. The championships took place on a Saturday and Sunday, with the 37 teams competing on Saturday and 20 making the callback for Sunday.

While the Labs dominated the final standings, Dokken said it’s far from a Labrador-only event. They see everything from German wirehair pointers to Labradoodles competing. And that is one great thing about a shed hunting; any breed can be trained to do it.

Currently the divisions are Open, Amateur, and Junior, but there are plans to break out a Senior level this year that ups the competition from the Junior level. At some point in the future, a Master division will take it up even one more notch.

If you’re interested in training a dog to find sheds, check out Dokken’s site for more tips, as well as everythingsheddog.com, for books and videos, a blog and products to help in training. In addition to doing something fun and different with your dog, finding sheds can also help you scout by letting you know what animals are using your property.