As anyone who has been reading this blog for the last year knows, I’m a big fan of the harlequin... 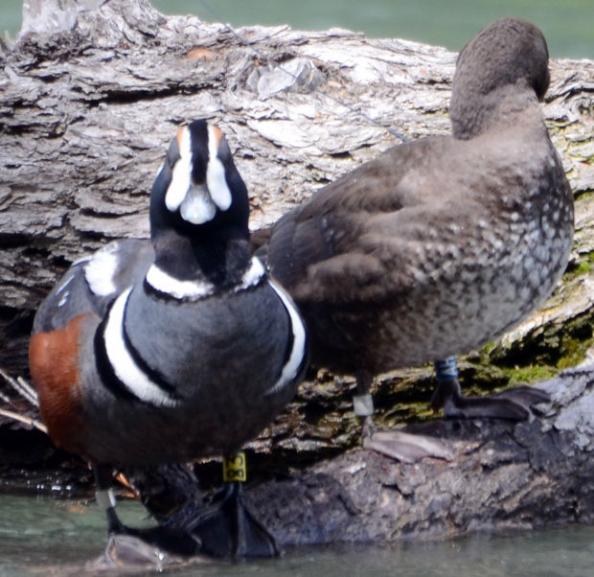 As anyone who has been reading this blog for the last year knows, I’m a big fan of the harlequin duck. It’s one of the most beautiful waterfowl species on the planet. It’s one of those bucket-list ducks for waterfowlers across the country. It’s also a sea duck, which makes its presence in Montana’s Glacier National Park seem a bit strange. But not only do the sea-faring harlequins build their streamside nests in Montana, park employees recently verified a drake harlie that is at least 17 years old.

The age of the harlequin is noteworthy because it was believed the typical lifespan for the diminutive duck was about10 years (the oldest documented harlie is 18 years, 10 months). While it’s astonishing to think of this small duck surviving for 17 years in the pounding, frigid surf of Washington state’s Pacific Ocean and making the yearly trek to mountain streams to breed, there were several other facts revealed about harlequins in the Missoulian article that I didn’t know (besides the obvious fact that they migrate that far inland):

• Unlike other ducks that migrate north-south, harlies migrate east-west. It makes sense but for most us, the north-south migration is so engrained in us that migrating east-west just kind of boggles the mind. The small geographical area also makes them quite rare except in the extreme northern corners of the country and also plays a role in entire populations suffering drastic fluctuations.

• I knew harlequins nested along mountain streams, but much like salmon, hen harlies, for some mysterious reason, return to the exact same stream they were reared on. That little tidbit combined with the fact that they nest extremely close to the rushing water makes them susceptible to human and natural disturbances. If that brood-rearing stream is developed even marginally, it could impact the nesting ability of hens. And, call it climate change or a seasonal anomaly, but high water can regularly wash nests away (if predators don’t find them first).

• Harlequins mate for life (or until something happens to that mate), and the drake follows the hen to her home stream to carry out procreation duties. Once the hen lays her eggs and begins to tend to the nest, which is usually by July 4 in Glacier, the drake bails and heads back to the coast.

What’s astonishing to me however, is that once the hen finishes rearing her brood, which could take until October if successful, she heads back to the coast with the kids and can actually find her mate. I’m pretty sure I couldn’t find anyone three months later if they just told me they’d be waiting somewhere off the coast of Seattle; hell, I can’t find someone in Seattle. In a mall. This simply amazes me.

• The fact that drakes take off before a nesting proves successful makes harlequins a species of concern to biologists. Other waterfowl, such as mallards, will renest if predators eat the eggs or it is destroyed by some other means, but harlequins get one shot at success – the 17-year-old bird that’s been following his mate to Montana has yet to have a successful nesting documented during the last three seasons.