With waterfowl populations at all-time highs, the last several years have been the ‘good old days’ of duck and goose... 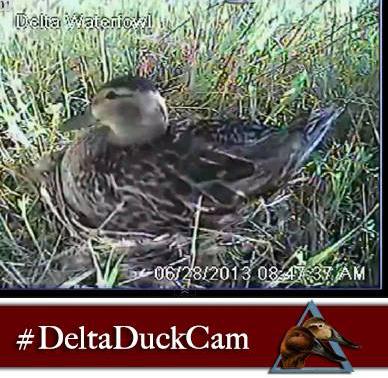 With waterfowl populations at all-time highs, the last several years have been the ‘good old days’ of duck and goose hunting. The population boom has largely been due to well-timed rains and good nesting conditions across the Canada and the northern U.S. prairie-potholes region.

While it’s easy to shine the light on habitat conditions, which are largely out of man’s control, as the reason why we have a record number of wings beating through the north-south flyways each year, it’s a bit mind-boggling to consider that in many of those nesting areas only one in ten nests successfully produces a brood – largely because of predation; something man has impacted and can control.

Delta Waterfowl is a group that, among other endeavors, studies the impact predators have on waterfowl nesting success, and that believes in balancing the ecosystem by keeping predators in check. They conduct studies in the heart the U.S. prairie-pothole region – North Dakota, as well as elsewhere – and work with graduate students from universities across the country on projects ranging from hen houses to predator control.

One cool project that’s taking place right now is the Delta Duck Cam. Biologists have identified several nests, including pintail, mallard and gadwall, and have set up remote cameras that allow you to watch live footage of nesting hens, their eggs, hatching action and ducklings.

It’s not all cute and cuddly, however. This is truly reality TV – without human ego or Disneyfied anthropomorphism. Along with the miracle of new life, you get the other side of life; for something to live, something must die. It’s nature in all her cold-hearted glory.

“It’s a rare glimpse for people to see the efforts of nesting ducks on the breeding grounds. The camera is not on a predator-controlled field. We’re streaming a real-life situation on the prairie,” said Joel Brice, vice president of conservation for Delta Waterfowl.

According to Delta, it takes 15 percent to 20 percent nest success to sustain waterfowl populations. On the prairies of North Dakota, the greatest threats to nesting ducks are red foxes, skunks, raccoons and opossums. But, coyotes, domestic dogs, badgers, feral cats, snakes and raptors all pose a threat. Delta has several videos you can watch of nests being raided by these common offenders.

A perfect example of this was gadwall 016. She laid 13 eggs and was seven days into incubation when a raccoon appeared at 9:24 a.m. on June 25, flushed the hen from the nest and proceeded to consume four to six of the eggs. According to Delta Waterfowl editor Paul Wait, the hen returned several hours later, removed the broken shells and resumed her motherly duties.

“We expected to see a nest loss on the Delta Duck Camera, but the last thing I expected was a partial nest loss. The gadwall returning to the nest after the raccoon ate her eggs shows how motivated ducks are to raise ducklings. She has invested all of that energy to lay eggs and incubate, so it’s worth the effort and risk to resume the nest attempt,” said Brice. “The nest success on that field has historically been less than 10 percent. The odds are not in her favor to hatch. She’s marked now. There’s a raccoon that knows exactly where the nest is located. Raccoons often revisit the site, so it makes me want to see what will happen next.”

And, in fact, just days later gadwall 016 abandoned the nest. The cold-hearted fact is: the raccoon found a meal, 13 gadwall eggs will never hatch and that hen is highly unlikely to renest. According to Delta, due to their late nesting habits, gadwall are less likely than mallards to attempt another nest if their initial nest is destroyed by predators.

I’m not one to squirm over the actions of nature. I get it. But, there’s a fact that is often overlooked when you someone simply marks nest predation up to Mother Nature. That is: in this day and age when trapping, where it’s even legal, pays little and human encroachment upon rural areas limits hunting, predators such as raccoons, skunks and coyotes have expanded their natural range and take up residency with little to no checks to balance their reproductive proficiency, unrefined palate and gluttonous appetite.

Imagine for a moment if predator control were undertaken in a larger role by landowners, government agencies and individuals in popular waterfowl-nesting areas such as the prairie potholes. Instead of a 10- to 20-percent success rate, we might have a 20- to 30-percent (or more?) success rate. The record number of waterfowl beating wing south each fall wouldn’t be an anomaly of nature, something dependent upon snowpack and timely rains, but could be a consistent benchmark that was supplemented even more by the moisture.