It might not be the $3 million “Fantasy Bra” from Victoria’s Secret, but the pair of panties Ira McCauley found,... 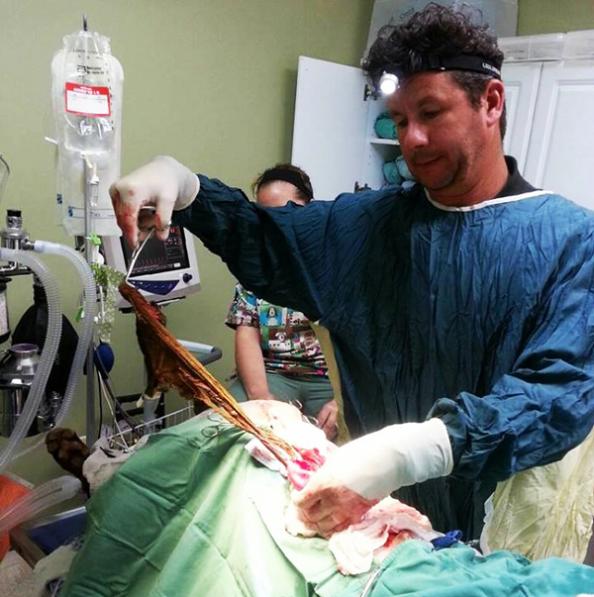 It might not be the $3 million “Fantasy Bra” from Victoria’s Secret, but the pair of panties Ira McCauley found, cost whoever owns them about $2,000.

McCauley is the owner and head veterinarian at McCauley Animal Clinic in Saint Charles, Mo. Not long ago he had a dog come in with a GI block. McCauley opened the dog up and pulled out a pair of panties it had swallowed. With a surgery like this costing between $1,500 and $2,500 (after radiographs, medication, follow-up, etc.), those knickers just became very expensive.

While my bulldog, Hoss, has eaten some disgusting items, Kona has never really had an issue with it (except for chicken bones). It probably has to do partly with the fact that he’s a retriever (and usually just brings the items to me and partly just because it’s his nature.

“Some dogs are prone to it and others are not so much. Some dogs will grow out of the habit. But you should never trust a puppy!” said McCauley. “I tell people that the dog will probably keep eating stuff he should not. Exercise and training can help as well – a good investment in any dog.”

Left alone, dogs get bored. When dogs get bored, they do things to entertain themselves (much like children) and those things usually lead to trouble for everyone; digging, barking, chewing, howling, fence-fighting – anything to relieve the lack of stimulation. Daily exercise and the mental stimulation of training will usually help keep their minds from fixating on negative behaviors (except, as McCauley pointed out, for puppies, which are just curious to explore their world).

When McCauley isn’t rescuing panties from the intestinal tracts of canines (or vice versa), he’s all about hunting. McCauley is co-owner of Habitat Flats in north-central Missouri – one of those waterfowl destination spots duck and goose hunters drool at the prospect of visiting. It’s located in what’s known at the “Golden Triangle” – bordered by Fountain Grove Conservation Area, Swan Lake National Wildlife Refuge and Grand Pass Conservation area, Dalton Cutoff, and the Missouri River are the corners of the area. Habitat Flats doesn’t just offer fantastic duck and Canada goose hunting, since they’re in the Show Me State, the property holds a ton of snow geese during the spring conservation season, too (they also offer deer hunting, if you’re in to that sort of thing).

With a love for dogs and hunting, and the variety of Habitat Flat’s property, McCauley started yet another business – MOMarsh. The “hardcore hunting products” company is home to such creations as the FatBoy layout boats and newly released Shallow Water Solutions (SWS) line of portable, single-man, ready-to-go blinds for both field and shallow-water waterfowling. What I really love (and appreciate) about McCauley’s designs is how he considers the dog in the planning. Not only did he invent a portable chair that incorporates a blind for the hunter with his SWS creation, he made an elevated stand/hide for the dog. In the FatBoy line of boats, he has an optional dog door that hides the dog yet allows it to mark falling birds.

This is the kind of thinking that can only come from a hardcore waterfowler – one that’s not only willing to gut a duck, but also explore the guts of a hunting dog.