Retrievers: A Pro’s Take on Trial Dogs vs. Hunting Dogs

When in mixed company, it’s polite to avoid controversial topics, be congenial to another’s point of view, and save the... 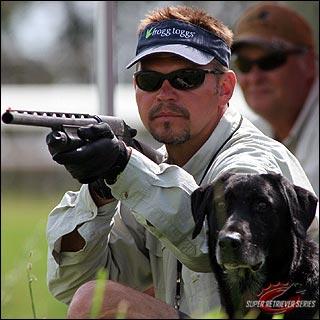 If you want to start a jawing match between dog men, bring up the topic of which breed is best at a certain task or the difference between trial/test dogs and hunting dogs. With retrievers, trial folks have a tendency to look down their nose at dogs that are “just” hunting dogs, while hunting folks tend to completely miss the point of trials/tests and think of the trial retriever as a “robot dog.”

I rather enjoy controversy and the discourse that can be had (if you actually listen, you can learn the strengths and weaknesses of both sides of an argument). That said, while I was in Louisiana hunting at Honey Brake with Mossy Oak and Drake last week, J. Paul Jackson of Drake’s Migration Nation was in camp, too.

Not wanting to miss the chance to pick the brain of a man who has made dogs his life, I asked about trial/test dogs and hunting dogs.

Before you read further, understand that Jackson has a unique perspective on the topic. He and his kennel partner in Lone Oak Retrievers have successfully trained and won top honors with dogs in field trials, hunt tests, the Super Retriever Series and the ESPN Great Outdoor Games. Jackson also guides and uses dogs on hunts throughout the country for the Drake’s Migration Nation television show. It’s a well-rounded view he brings to the debate, not to mention his dogs pick up 800 to 1,000 ducks per year.

“Field trials were originally designed to mimic a day in the field, but today they’re about as far from that as you can get. Today, hunt tests, especially the HRC, are the closest thing to a day afield,” said Jackson. “But no matter how well you try to replicate it, you can’t. Watching the sky, being patient and all the other things a hunting dog does, you can’t do in a test venue. A lot of very good competition dogs can’t do it.”

Jackson emphasized the patience aspect – waiting hours in the blind for a flock – and knowing how to handle typical things that happen afield, such as a diving cripple. A dog that’s hunted knows how to behave and respond in these scenarios while trial/test dogs haven’t had the chance to figure it out. Experience is the difference.

On the flip side, Jackson points to low standards hunters have for their dogs when it comes to obedience; something I’ve seen firsthand and have heard from guides around the country who allow clients to bring their own dogs on hunts.

“Obedience – sit, stay, heel and here – are the most important things you can teach. If there’s one thing most hunting dogs lack, it’s a solid foundation of obedience and being steady,” he said.

Indeed, far too many hunters count “good enough” as an acceptable standard when training and/or in the blind (which creates two separate universes for the dog), and then wonder why the dog doesn’t listen when multiple hunters are calling, birds are working, multiple shots are going off, birds are dropping, and cripples are running. It’s over stimulating and the dogs don’t have a foundation of obedience to rest upon and take direction; they’re working strictly on instinct and prey drive.

For hunters, Jackson recommends solid obedience work, but also on acclimating the dog to your specific type of hunting. If you travel across the country in search of birds, take the dog with you everywhere you go so he’s used to the car/dog box/truck and all that comes with it. If you hunt a favorite spot – say a pit blind – do some training there before the season (including shooting and replicating a hunt as much as possible; enforcing standards and how/where the dog is work. If you run into a problem at that point, it’s still possible to address it and have a successful season. If you wait until opening day and an issue arises, you’re likely to either set the dog back or ruin your day (or season if its serious enough).

There are exceptions to the rule and the dogs of Honey Brake certainly are one: they’re perhaps the best working combination of trial/test/hunting dog that I’ve seen; they take direction well, but possess quiet patience and are obedient while also understanding how to work efficiently in the field.

But overall I think Jackson pretty much hit the nail on the head with his observations of strengths and weakness of both types of dogs. What do you think?