The great Baltimore newspaperman and perpetual gadfly H.L. Mencken once said, “every decent man is ashamed of the government he... 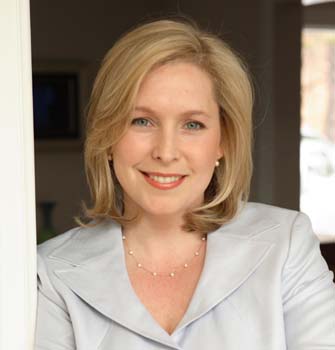 The great Baltimore newspaperman and perpetual gadfly H.L. Mencken once said, “every decent man is ashamed of the government he lives under.” I was feeling the same way as I watched the inevitable circus of buffoonery over who would succeed Hillary Clinton as senator from New York. But when the spectacularly inept Caroline Kennedy withdrew her name from consideration, the path cleared for Governor David A. Paterson to act.

And, lo and behold, it appears he has made a stunning choice–the little-known Rep. Kirsten E. Gillibrand, who hails from upstate New York. The choice has already drawn fire from the anti-gun crowd because Rep. Gillibrand is a friend of ours–a politician endorsed by the NRA.

According to the New York Times, Rep. Carolyn McCarthy, a democrat from Long Island and “an ardent gun control activist” said “if Gillibrand got the job, she was prepared to run against her in a primary in 2010.” Gee, New York gun owners are already saddled with Chuck Schumer. (Someone once told me: “What’s the most dangerous place to be in Washignton, D.C? Standing between Chuck Schumer and TV camera.”) Sportsmen surely don’t need McCarthy as well.

The august Times doesn’t know much about the new senator-to-be, but it did sniff that she “defeated a four-term incumbent in a race that turned intense and nasty in its final days.” Hmm, anybody want to remind them about the final days of the brutal campaign for the Democratic party nomination for president?

But right now, sportsmen and gun owners should enjoy the moment.–Slaton White