Supreme Court nominee Sonia Sotomayor and senators who will vote on her confirmation are engaged in a careful conversation about... 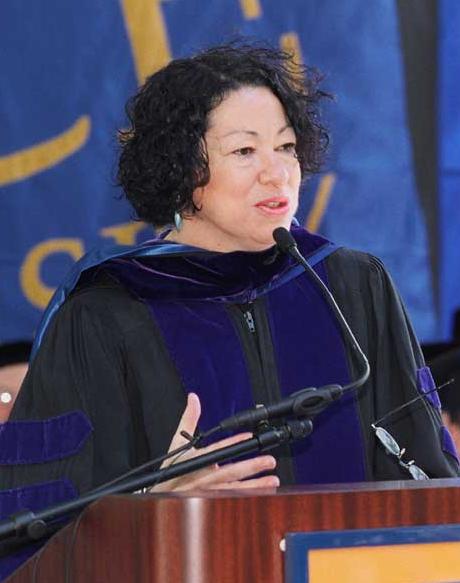 Supreme Court nominee Sonia Sotomayor and senators who will vote on her confirmation are engaged in a careful conversation about where she stands on hot-button issues like abortion and gun rights. You probably won’t hear any of it, though, since the exchange is taking place in code.

Sotomayor is simply following a time-honored tradition: High court nominees work mightily to reassure senators that they won’t be radicals seeking to impose an agenda, without revealing how they might rule on key issues that could come before the court.

Senators, in turn, are doing their utmost to get assurances from Sotomayor that she’ll protect certain precedents and eschew others, so they can defend a vote for or against her with constituents and supporters.

It’s a key part of Sotomayor’s audition for a job on the nation’s highest court, and a major determinant of how broad Senate support will be for President Barack Obama’s first Supreme Court nominee.

For more, go to: http://www.google.com/hostednews/ap/article/ALeqM5i9X4wn5HUJzGptE6fR-Ky7m6RrVAD98SUEO00//

— A sit-down between Saxby Chambliss and Sonia Sotomayor; http://blogs.ajc.com/political-insider-jim-galloway/2009/06/17/a-sit-down-between-saxby-chambliss-and-sonia-sotomayor/