Timber Rifle For A Timber Deer

Just got out of the woods in Northern Saskatchewan after a week of stand hunting during the rut. Friday the... 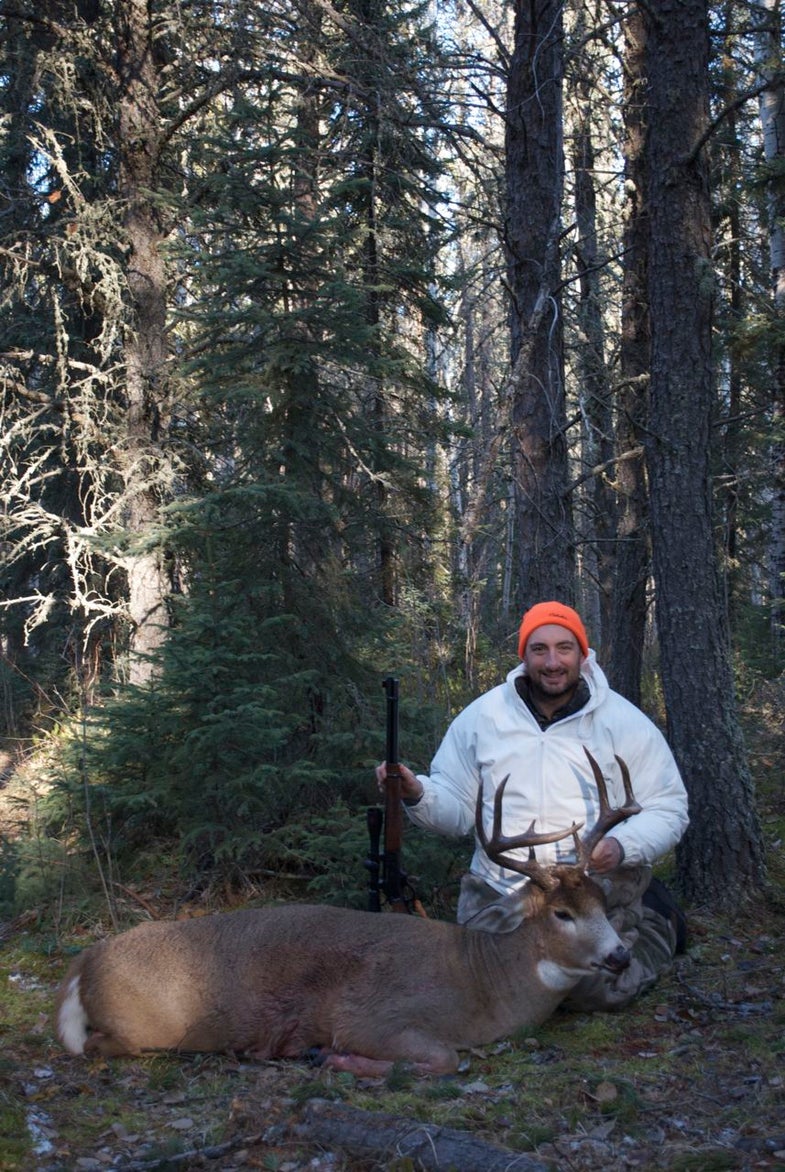 Just got out of the woods in Northern Saskatchewan after a week of stand hunting during the rut. Friday the 13th was my lucky day as this buck strolled by me at about 11:30 on the second to last day of the hunt. Like every mature buck my fellow hunters and I saw in camp this week, he was cruising.

The does and young bucks were content to mill around a bit but the big boys were on a mission and more than one hunter in camp missed an opportunity because he wasn’t ready to pull the trigger when a bruiser walked by.

That’s the way it is with hunting thick timber, though. You spend a lot of hours looking at the same trees, the same birds and the same irritating squirrels and then a buck will appear and, poof, in a few seconds he’s gone. You better be ready.

I was for this guy. My Marlin 336C was on my lap with the forend sitting atop my shooting sticks. I had seen this deer at very first light, but it was about 10 minutes before legal shooting time so I had to let him walk.

For the first hour of the day I had a number of does come by as well as a small 7-point and a spike. I was hoping this 4×5 would take another cruise by my stand while searching for a doe and I wasn’t disappointed.

As soon as I saw him come out of the woods to my left I got the gun up and thumbed back the hammer. He stepped into a clear lane at about 50 yards and I shot. The 200-grain flex tip bullet in my .35 Rem. quartered through his chest and lodged under the skin in the off shoulder. He didn’t make it 50 yards before collapsing.

There are many reasons to love lever-actions, but the short 20-inch barrel and compact overall size are perfect when hunting from a confined blind.