It is surprising that there has been little “told you so” cluckery from the Nanny-Fascists and anti-gun zealots about Gilbert... 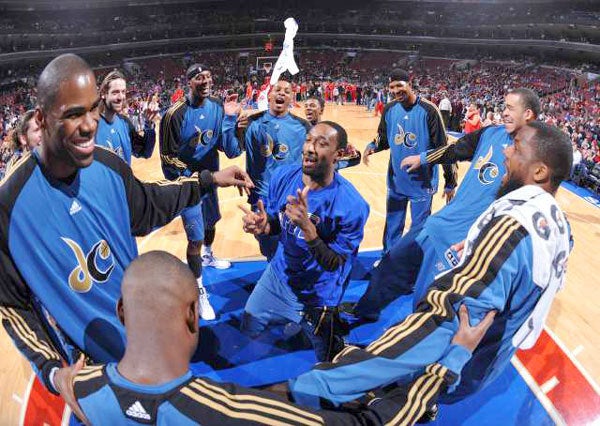 It is surprising that there has been little “told you so” cluckery from the Nanny-Fascists and anti-gun zealots about Gilbert Arenas brandishing unloaded firearms at a Washington Wizards teammate during a Christmas Eve gambling-debt dispute in their Verizon Center locker room in Wasington, D.C.

It is surprising they haven’t seized the moment to shriek about the menace of the Second Amendment, about how freedom really shouldn’t be free, about how 2008’s U.S. Supreme Court rejection of the Washington, D.C., gun ban in the Heller decision should be overturned.

Of course, no one was hurt and Arenas, who has been arrested for illegal weapons possession before, is not a licensed gun owner, nor the type of responsible adult who would be eiligible for a permit to carry.

But such facts have never stopped the harpies from haranging you for the acts of idiots before. What’s the difference now?

Wednesday eye-opener: What would you do with Gilbert Arenas? www.blogs.usatoday.com/gameon/2010/01/wednesday-eyeopener.html

Wizards star Gilbert Arenas won’t be able to laugh off repercussions from cops and the league; www.google.com/hostednews/canadianpress/article/ALeqM5gz3kqsSe0zhLgBnyBV7zmtuW4qcg