After spending a couple days here in Vegas looking at new products it is clear that this is not going... 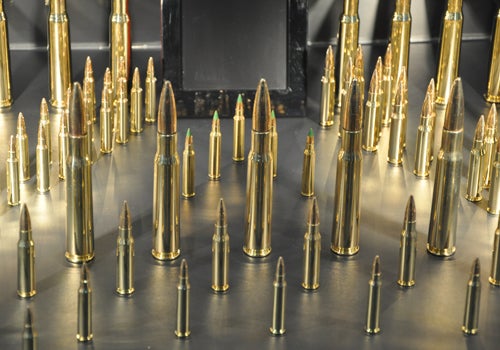 After spending a couple days here in Vegas looking at new products it is clear that this is not going to be a huge year for new guns. No, instead the story is going to be ammunition. The themes? Value and performance.

For value there is a new line of ammunition that Weatherby is introducing that will cost significantly less than what we currently pay to shoot rifles in Weatherby chamberings. Shooters who own either a .257 Wby. or a .300 Wby. will soon be able to purchase a box of ammunition that doesn’t require a second mortgage.

The costs aren’t fully settled yet, but it should end up running somewhere around $30 for a box of 20. This is big news because there are a lot of shooters who purchased Vanguards, which represent one of the best values in big game rifles out there, only to find that feeding their guns (if they got one in a Weatherby cartridge) cost so much that it prevented them from shooting as much as they’d like.

Other value buys include the increase in the number of “semi-premium” loads on the market. Winchester’s Power Bond Max is one example.

For performance, there is a new load for the Taurus Judge that is sure to gain a lot of attention. Built by Winchester, these .410 shells have three metal disks stacked on top of each other in front of a load of 12 smaller pellets. The disks don’t fly like Frisbees, rather they sail through the air on their side and during tests the other day at the range, penetrated about 10 inches or so into ballistic gelatin. Hunting editor Andrew McKean accurately described the pellets that were behind the disks in the gelatin–they penetrated about 4 inches or so–as looking like a swarm of angry bees. Nasty.

There are also some hyper-velocity shotshells in the offing from Remington that are supposed to deliver their payload at 1700 fps. Hornady has a new line of “super performance” ammunition that is going to replace their light magnum line. These new loads are engineered to deliver improved velocities with special blends of powders that burn more completely in the barrel, which is supposed to reduce recoil by lessening the volume of gasses that exit the muzzle.

It’ll be fun to put these new products to the test in the coming year.