The Wisdom of Karl Malone

NBA all-star legend Karl Malone, who also happens to be an avid hunter and support of gun rights, weighs in... 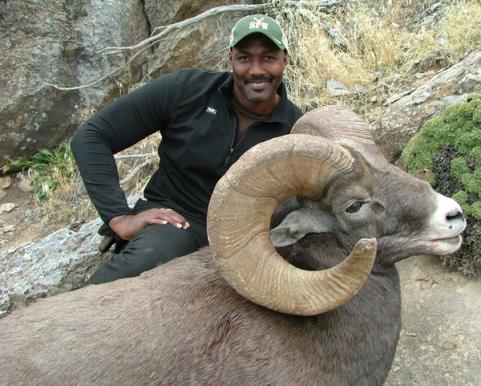 NBA all-star legend Karl Malone, who also happens to be an avid hunter and support of gun rights, weighs in on the stupidity that took place in the locker room of the Washington Wizards when one player allegedly brandished a number of firearms in front of his fellow players.

Malone (a finalist in the OL 25 awards program) rightly worries about the impact this has on the image of responsible gun owners:

Once again, gun owners get a bad rap. We’re good people; we’re not back in the Old West. I got my first gun when I was 8 years old–an old .410 single shot. I’ve been around them all the time ever since, and I’m a member of the NRA. I love guns, and I respect guns. I have them in a secure place. When I was in Utah, I took all the necessary training with the gun and had my concealed-weapons permit, and I’ll be the first to tell you I don’t go anywhere in my vehicle without my weapon, but at no point has it ever occurred to me to take it inside anywhere, let alone an arena.

Unfortunately, we always hear bad things about guns. But guns don’t kill people –people kill people. I’m not saying that everybody should have guns, but I will tell you this: If you’re willing to go through the training and proper procedure to have guns, then they’re fine.

He also doesn’t want to see the NBA sweep this under the rug in an attempt to minimize the incident:

To me, this is another example of a dark cloud that we can never seem to get over. When I say “we,” I mean the NBA. I’m still an NBA player; I’m just retired. The amazing thing to me is, it seems just when the league has a little bit of positivity, then we have one big negative and it reflects on all the players. Now people think every NBA player is carrying firearms into the locker room. I guess the next thing is that instead of us walking around those metal detectors in arenas, we should start walking through them. So many kids are doing it the right way in the league, but you get linked with one guy making one mistake.