New Face Of The Second Ammendment

Meet Otis McDonald, 76, a retired maintenance engineer, grandfather, and life-long Democrat who wants a handgun for self-defense in case... 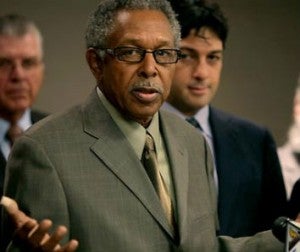 Meet Otis McDonald, 76, a retired maintenance engineer, grandfather, and life-long Democrat who wants a handgun for self-defense in case gang members break into his Chicago home–again.

But, Chicago says he can’t have one because the city has a 28-year-old handgun ban.

And so, on March 2, Otis McDonald will become the “new face of the Second Amendment” when opening arguments in McDonald v. city of Chicago begin before the U.S. Supreme Court.

In April 2008, McDonald agreed to serve as the lead plaintiff in the lawsuit. Choosing a sympathetic lead plaintiff is a legal strategy pioneered by the NAACP. Second Amendment activist attorney Alan Gura used the same strategy with McDonald, who was the only African-American among four potential lead plaintiffs. “Is it just because I’m the only black?” he joked.

“Likely, yes,” wrote Abigail Field in Daily Finance on Feb. 1, noting McDonald “could not get further from the classically unsympathetic Montana militiamen so many people associate with gun rights.”

—The new face of the Second Amendment?

—The man who could be the new face of the Second Amendment;

—Old McDonald Had a Gun;