Reid Between the Lines

The NRA vowed in July that Senators who confirmed Elena Kagan’s nomination to the Supreme Court would be held accountable... 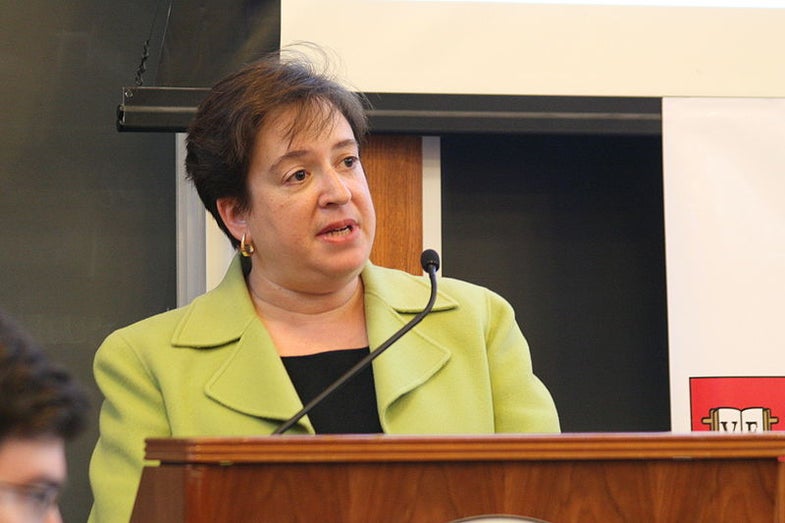 The NRA vowed in July that Senators who confirmed Elena Kagan’s nomination to the Supreme Court would be held accountable in November’s elections.

It wasted little time following through with that pledge, announcing on Aug. 27 through its political PAC, the NRA Political Victory Fund (PVF), that it will not endorse Senate Majority Leader Harry Reid (D-Nevada) in his reelection bid.

The announcement surprised some because of Reid’s long-standing support for firearms and Second Amendment issues. He had supported Republican-sponsored amendments to strengthen individual gun-owners’ rights, including the Coburn Amendment to allow loaded guns in national parks, the Thune Amendment to eliminate illegal state restrictions on concealed carry, and the Ensign Amendment to dispose of the District of Columbia’s unconstitutional gun laws.

However, during Kagan’s confirmation process, the NRA expressed strong opposition to her appointment, and said Senator’s votes would be a graded issue in PVF’s endorsement evaluation process.

“The vote on Elena Kagan’s confirmation to the Court, along with the previous year’s confirmation vote on Sonia Sotomayor, are critical for the future of the Second Amendment. After careful consideration, the NRA-PVF announced today that it will not be endorsing Senate Majority Leader Harry Reid for re-election in the 2010 U.S. Senate race in Nevada,” Chris Cox, chairman of the NRA Political Victory Fund, said in an Aug. 27 online press release.

The NRA has not announced if it will endorse Reid’s Republican opponent, Sharron Angle. The NRA had contributed $4,950 to Reid’s Senate campaign this year. Other than Reid, it has donated to only one Senate Democrat, Byron Dorgan (D-ND). Thirteen Republican Senators — including James DeMint (R-SC), John Thume (R-SD), and John McCain (R-AZ ) — have received financial backing from the NRA during the 2010 election cycle.

Gun-grabbers, such as the Brady Campaign’s Dennis Henigan, see the NRA’s heave-ho of Reid as just dues for trying to “make pandering to the gun lobby pay off politically.”

In a column posted on opposingviews.com, Henigan said by dismissing Reid, the NRA revealed its aspirations extend beyond the legislative branch of government.

“The NRA is not satisfied with the power to dictate our nation’s gun policy,” he said. “It also insists on the power to determine the composition of the Supreme Court.”

That, Henigan apparently believes, should be the exclusive province of elitist liberals like him.