Back in the Game

When I first got my bird dog, Lola, I was living in Seattle. She’s from Mike Gould’s kennel out in... 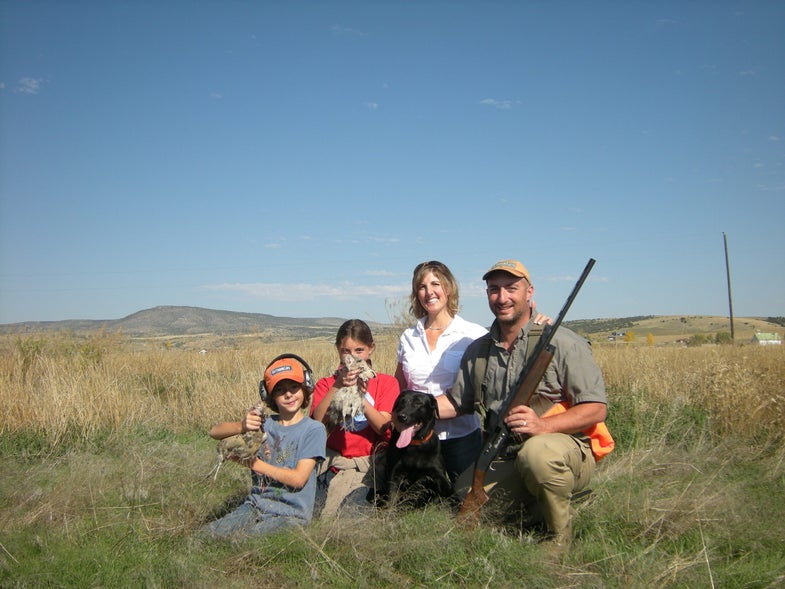 When I first got my bird dog, Lola, I was living in Seattle. She’s from Mike Gould’s kennel out in Kamiah, Idaho. Mike’s dogs look nothing like the otter-tailed Lab nobility you’ll see trotting around the ring in Madison Square Garden during the Westminster dog show.

No, his labs are bred for mountain hunting. They are birdy beyond measure and physically look more like German Shorthair Pointers than they do your traditional blocky lab. They aren’t very big, but they have deep chests, narrow waists, lean legs, great noses and the endurance of an ultra-marathoner. Until Lola was nine years old everyone thought she was a puppy and a few even doubted she was an actual Lab.

No matter. Handsome is as handsome does, and even as a pup she could hunt like hell. But not long after getting her I started working for Outdoor Life and had to move east with my family. As a result, her bird-hunting career was seriously shortchanged. With the amount of time I spent traveling to hunt and shoot and the difficulty of finding good upland birds in southern New England, she settled into a life as a companion for my family and only rarely did I get a chance to shoot over her.

Lola’s now well into her Golden Years. She’s 11 and has had a couple of health issues. Her thyroid is out of whack and as a result she’s lost her supermodel figure and a fair bit of the hair on her tail. She can’t leap into the bed of my pickup any more either.

But since we’ve moved out to Montana, she’s like a new dog. She no longer gets cranky when we meet other dogs on the trail and she even shared a game of fetch with a Golden who lives a couple houses down from us, which is something she wouldn’t have ever done back in Connecticut. It’s as if the open country has knocked her stress level down an order of magnitude.

I made a vow to her that for however many seasons she has left I will take her out as often as I can. But part of me wondered if she still had the same drive and hunting skills that she displayed so magnificently as a pup. My friend Tim Crawford, who has a ranch on the East Gallatin outside of Bozeman, offered to put out a few of his birds to take Lola’s measure.

As soon as my daughter Ava let her slip off lead, Lola bounded through the grass, head high, quartering through the field without hesitation. Before long a hen pheasant popped up and after I shot it, Lola pounced and brought it back. We gave her some atta-girls but she wasn’t interested. All she cared about was getting her nose back into the wind. We let her go and the result was the same. Pheasant up, pheasant down, happy dog. And happy–and relieved–owner.