In 1968, Jefferson Wayne Schrader was a 21-year-old sailor stationed in Annapolis, Md., and bound for Vietnam. Before being deployed... 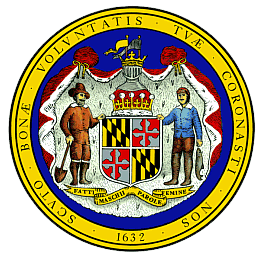 In 1968, Jefferson Wayne Schrader was a 21-year-old sailor stationed in Annapolis, Md., and bound for Vietnam. Before being deployed for duty in a combat zone, he got in a fight with a gang member who had previously assaulted him for entering the gang’s “territory.” The fight was broken up by a police officer, who cited both men.

Schrader paid a $100 fine and $9 court cost, served his tour in Vietnam and was honorably discharged from the Navy.

However, in 2008 and again in 2009, Schrader was denied the opportunity to receive a shotgun as a gift, or to purchase a handgun for personal protection. He was even told by the FBI to dispose of or surrender any firearms he might have or face criminal prosecution.

All because of what happened 40 years earlier.

Nonsense, says the Second Amendment Foundation, which has filed a lawsuit on behalf of Schrader, who now lives in Cleveland, Ga.

The suit, which names Attorney General Eric Holder and the FBI as defendants, was filed in U.S. District Court for the District of Columbia by attorney Alan Gura, who successfully defended the Second Amendment before the Supreme Court in the 2008 Heller case and this year’s McDonald suit.

The question at hand is whether a state, in this case Maryland, can deprive an individual of the right to possess a weapon over a misdemeanor.

“Schrader’s dilemma,” explains SAF Executive Vice President Alan Gottlieb, “is that until recently, Maryland law did not set forth a maximum sentence for the crime of misdemeanor assault. Because of that, he is now being treated like a felon and his gun rights have been denied. No fair-minded person can tolerate gun control laws being applied this way. Mr. Schrader’s case is a great example of why gun owners cannot trust government bureaucrats to enforce gun laws.”