President Barak Obama has nominated Andrew Traver to be the new director of the Bureau of Alcohol, Tobacco, Firearms and... 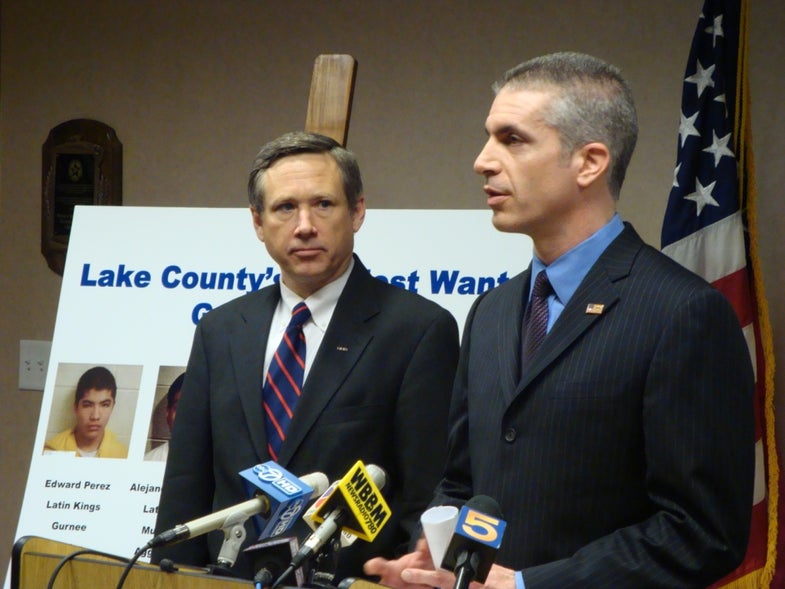 President Barak Obama has nominated Andrew Traver to be the new director of the Bureau of Alcohol, Tobacco, Firearms and Explosives (BATFE). Traver, a Chicago native and special agent in charge of the city’s BATFE division, “supports banning .50-caliber rifles, something that would cause many gun shops to close,” wrote Amanda Carey in The Daily Caller on Dec. 5.

But that’s the least of the problems Traver poses to gun owners’ rights, according to John R. Lott, Jr., in a Dec. 12 Ammoland.com blog.

Traver apparently refuses to recognize that the federal assault-weapons ban expired in 2004. In November 2009, Traver said during an NBC interview that “the power and randomness of the heavy caliber, military-style weapons make them so dangerous not only to people, but to police. They’re so powerful, body armor can’t withstand a hit, and they’re so difficult to control, their bullets often get sprayed beyond the intended targets, striking innocent victims even when they’re in their own homes.”

Such comments are purposely misleading, Lott writes. “If he really believes that these weapons fire unacceptably ‘heavy caliber’ bullets, he is going to have to ban virtually all rifles. Small-game rifles — guns designed to kill squirrels and rabbits without destroying too much meat — typically fire .22-caliber bullets, which are only slightly smaller than the .223-caliber bullets fired by the M16 (used by the U.S. military since Vietnam) and the newer M4 carbine (used in the Afghanistan and Iraq wars). Deer-hunting rifles fire rounds that are very similar to those used by the AK-47.”

Lott says gun owners and others who support the Constitution should contact their senators and congressional representatives to oppose Traver’s nomination. “Traver’s attacks on the civilian use of so-called assault weapons raise real questions about his willingness to distort the truth for political purposes,” he writes. “The person nominated to be the nation’s top gun cop shouldn’t use inaccurate descriptions to scare people into supporting gun control.”

For more, go to:
— Does Obama’s nominee for head of Bureau of Alcohol, Tobacco, Firearms and Explosives oppose the Second Amendment?

— Assault Weapons and the Truth