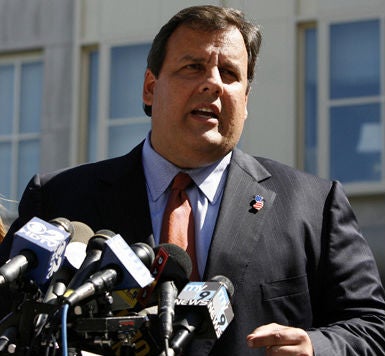 The utter idiocy of the sentence prompted outrage nationwide, and even in New Jersey. Christie received, among other protests and appeals for common sense, 25,000 petitions from National Association for Gun Rights demanding Aitken’s release and full pardon. On Dec. 21, Christie commuted the sentence to time served and Aitken was released from prison.

Unfortunately, as Jane Roh reports in the New Jersey Courier-Post on Dec. 26, Christie’s decision to release Aitken had little to do with the Second Amendment but with a flawed judicial system and a renegade judge who violated Aitken’s due process rights.

“I don’t think Second Amendment issues played too much into his decision,” New Jersey Second Amendment Foundation President Frank Fiamingo told Roh. “It does show that the governor is a compassionate and reasonable man. When he looked at the situation the facts represented themselves.”

Some guns rights advocates thought Christie should have gone farther. “While a full pardon seems more appropriate — the judge in this case should have given the jury instructions on the ‘moving exception” that protected Aitken — this is at least recognition of an injustice and relief for one man and his family,” wrote David Rittgers of the libertarian CATO Institute.

— 2nd Amendment hero? You may want to hold your fire