So Kansas has managed to pull off something that the legislators in my home state of Montana have so far... 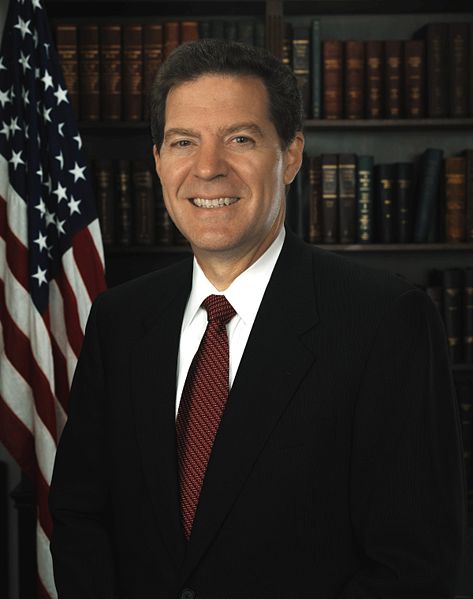 So Kansas has managed to pull off something that the legislators in my home state of Montana have so far been unable to muster the good sense to do–namely approve the use of suppressors for hunting.

The Kansas bill now goes to the desk of Gov. Sam Brownback (pictured here) for his signature to become law.

Support for the bill was nearly unanimous. According to published news reports, there was just a single dissenting vote in the Senate and it passed without opposition in the House.

This move by Kansas is part of a long-term trend toward decriminalizing suppressors, which are terrific safety devices with no downside. The most common knock on them is that they somehow “silence” firearms and would allow for all kinds of mischief, chiefly poaching. Of course, this isn’t actually the case. And I wish that people who should know better–I’m thinking of some supposedly pro-gun and pro-hunting bloggers–would get their facts straight and stop calling them silencers.

All suppressors do is lower the noise of the blast at the muzzle, offering a measure of protection for the shooter and those in the immediate vicinity. It does nothing to alter the supersonic crack made by the bullet as it travels downrange. And from a distance you can’t tell a suppressed shot from an unsuppressed one.

We’ve demonstrated this fact to skeptics, first by allowing them to shoot rifles suppressed and unsuppressed and, of course, they all note the difference in the sound produced. Then we split them into two groups and take one half of them downrange 300 yards and position them behind a protective berm. We’ll let their pals fire six shots at targets near their position, half of them with the suppressor and half of them without.

The challenge for the people behind the berm is to tell us, via radio, which are which. And, guess what: they can’t. They can still hear the shots, of course, but there’s no audible difference to those behind the berm. So the idea that suppressors allow poachers to sneak around undetected is nonsense.

I’ve written about this before and if you want some technical background you can look at this study on suppressors that was conducted in Finland.

So, congratulations to the sportsmen of Kansas and their legislators who have taken a positive step toward improving the health and safety of hunters and shooters. If only we could convince the backward thinkers in Montana–and the dwindling number of other anti-suppressor states–to do the same.