Before the NRA Annual Meeting formally convened on Friday in Pittsburgh, Executive Vice President and CEO Wayne LaPierre told The... 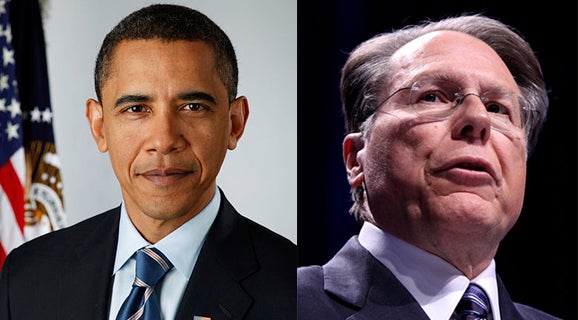 Before the NRA Annual Meeting formally convened on Friday in Pittsburgh, Executive Vice President and CEO Wayne LaPierre told The Associated Press on Wednesday that the NRA would “actively oppose” President Barack Obama’s re-election in 2012.

Even LaPierre admitted the group’s opposition to Obama is “no surprise,” but he felt a need to come out early and strongly to galvanize Second Amendment advocates to begin preparing for the election now.

However, as Jim Geraghty writes in an April 29 blog posted on National Review Online, recent victories will only be transitory without sustained pressure.

Obama is stocking his administration with anti-gun cronies. If re-elected, he’ll have four years to pursue a gun-grabbing agenda he has purposely “fogged” during his first two years in office, LaPierre contends.

Considering he’s already appointed two anti-gun justices — Sotomayor and Kagan — to the Supreme Court, what challenge could Obama present to the Second Amendment during a second four-year term?

Considerable, LaPierre says. The 5-4 victories in shooting down Chicago’s blanket handgun ban, and in overturning a similar ban in the District of Columbia, are tenuous, he says.

The appointment of one more justice like Sotomayor or Kagan “could break the back of the Second Amendment in this country,” LaPierre warns.

For more about the NRA formally announcing its opposition to Obama’s re-election, and the NRA Annual Meeting, go to:

— Sticking to Their Guns