I’ve been friends with Dave Emary for many years now. Not only is he the most talented cartridge designer on... 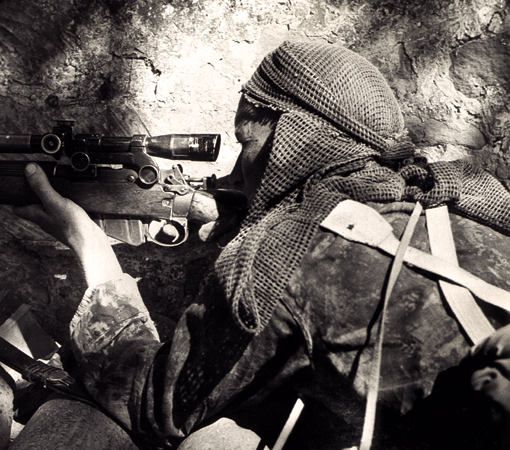 I’ve been friends with Dave Emary for many years now. Not only is he the most talented cartridge designer on the planet he is a passionate shooter who has a soft spot in his heart for vintage military rifles.

He has pushed for several years to create a sniper competition for these old rifles and his hard work has finally paid off. Starting this year the Civilian Marksmanship Program will include an official vintage sniper match at the Eastern and Western games and at Camp Perry.

Here are some details about the match format:
_The Vintage Sniper Rifle Match will feature a two-man team format, with each alternating as shooter and spotter, and firing 10 rounds at both 300 and 600 yards. Match rifles will be original or replica sniper rifles issued through the Korean War. Allowable optics will be original scopes or replicas, along with a few commercial scopes giving essentially the same optical performance.

Short, 20-second target exposures, followed by maximum 20-seconds in the pits, differentiates this match, making it both challenging and fun. Teams must plan and communicate to do well, with the spotter tracking wind conditions, giving clear and concise wind calls to the shooter.

All shooting takes place in the prone position. Slings may be used for support, or sandbags will be supplied as a rest if the team chooses to use them. Mechanical supports or rear rests may not be used._

Sounds like a hell of a lot of fun and good excuse to invest some money in an old M1 or 1903 Springfield. There are also a number of other eligible rifles from other countries you can use as well.

You can download a .pdf with the complete set of rules here