Do you want new .308 rifle ammunition, made by the box to your exact specs, but don’t have the time... 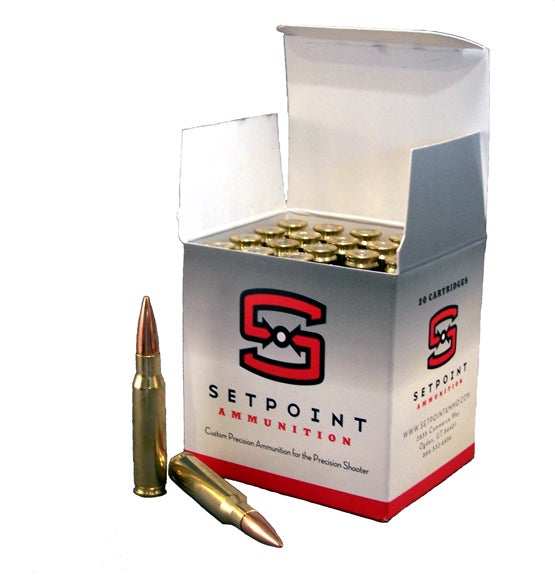 Do you want new .308 rifle ammunition, made by the box to your exact specs, but don’t have the time or background to load it yourself? Meet Setpoint Ammunition, which has been producing customized ammunition, in quantities large and small, since 2010. Currently, Setpoint only makes cartridges in .308 caliber, though the plan is to add other calibers in the near future.

On the Setpoint Ammunition website you can choose the bullet, case, powder, powder weight and seating depth that best perform for you and your rifle, rather than tweaking your rifle and optic to match some small offering of factory loads.

Depending upon when an order is placed, customers can expect their ammo to be shipped within one to two business days via UPS ground transport. (Federal law requires ammunition to ship via ground transportation.)

“Once people understand the flexibility our custom automated machine is capable of – being able to produce one box with a unique recipe, then the next box with a different recipe–they are amazed,” says Carlile.