How does a hunting outfitter from Wyoming end up on a national television show that airs each week before millions... 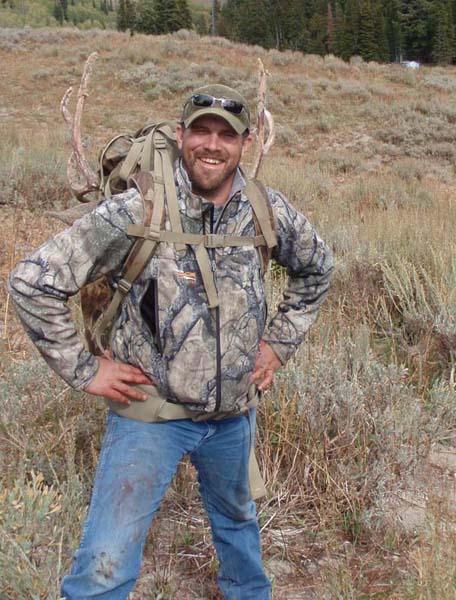 How does a hunting outfitter from Wyoming end up on a national television show that airs each week before millions of people? Well, in my case, he qualifies for the History Channel’s popular reality television show, Top Shot, which revolves around competitive shooting.

I’ve never been a competitive shooter and I have no military or law enforcement training. However, I was raised around guns and have always loved putting holes in targets. I grew up in the mountains of western Wyoming shooting, riding horses, and hunting. I am a family man through and through; I work with my dad and have a beautiful wife and great kids.

Some of my most cherished moments with my family have been spent on a horse in the mountains and I still own the very first gun my dad bought for me when I was six years old.

Admittedly, I am not the prototypical contestant for Top Shot. But, I knew I could shoot and I knew I was in good enough physical condition to make the show. However, I didn’t know if they would choose a professional hunter. Were they really willing to put someone like me on television? I chew tobacco. I cuss a little. I tell it like it is, even if that unvarnished honesty gets me in trouble sometimes. Hell, I’m from Thayne, Wyoming! Well, after a very lengthy selection process, I found out that the History Channel was willing to put me on television, and you get to see the results starting Feb. 14.

So from here on out I will be blogging every week after the show airs to give Top Shot viewers a little more insight. I’ll provide an inside-look at each of the shooting challenges and explain what it took to get through them. I’ll also give you some real-world shooting tips that will be useful in an scenario, whether you’re emptying a Glock while falling from a 10-story building or squeezing a rifle trigger in a treestand.