It turns out that I was a bit cavalier with my selection of firearms for taking on dinosaurs, at least... 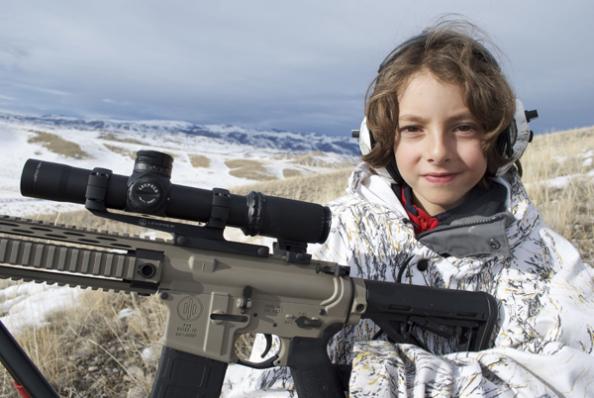 It turns out that I was a bit cavalier with my selection of firearms for taking on dinosaurs, at least according to my 9-year-old son who, I’ll be the first to admit, is much more knowledgeable about matters Cretaceous than I.

Specifically, he took me to task for suggesting that a semi-auto shotgun is adequate for velociraptors. Given their diminutive size (33 pounds), I figured that any good tactical shotgun stuffed with buckshot would do the trick.

Because of their speed, intelligence and pack-hunting tactics by the time they get into shotgun range you’re toast, Jack said.

He says you need to be able to engage them at longer distances while preserving the ability to take them on at close range. Because of this the best choice is clearly an AR-style rifle, he told me.

Fortunately, I already have a perfectly configured rifle in my safe. It is my Primary Weapons Systems Mk1 that I use for 3-gun competition. It has a Leupold Mark 8 CQBSS 1.1-8×24 on top with a set of Dueck Defence offset sights mounted.

This should help when the dinosaur invasion kicks off. What’s your contingency?