Not in Our Cafe: Starbucks Decaffeinates the Gun-Control Debate

Weary — and wary — of being in the crosshairs of “increasingly uncivil” confrontations between legally armed gunowners and gun-control... 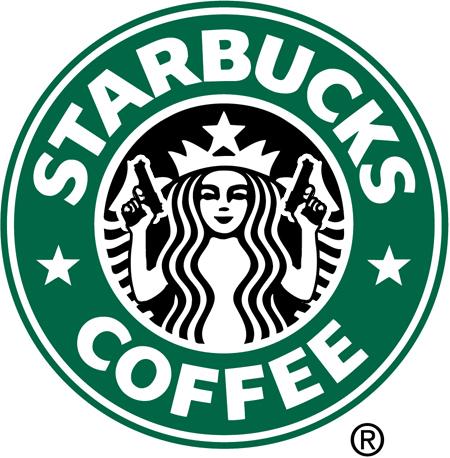 Weary — and wary — of being in the crosshairs of “increasingly uncivil” confrontations between legally armed gunowners and gun-control activists over open carry laws, Starbucks has announced a new policy “respectfully requesting customers no longer bring firearms into our stores.”

Starbucks will ran ads in major newspapers nationwide on Sept. 19 featuring an open letter from company CEO Howard Schultz asking open carry demonstrators and anti-gun protestors to stop using its 7,000 cafes as “a staging ground for their own political position.”

Despite this request, technically, Starbucks is not changing its policy: Guns will not be banned in cafes in states where it is legal to carry and customers who come in with guns in holsters will continue to be served. There will be no signs asking customers not to carry.

“We are going to serve them as we would serve anyone else,” Schultz told the New York Times in a Sept. 18 article. “There are going to be people on both sides who will be disappointed or angry, but we’re making a decision we think is in the best interests of our customers, employees and the company.”

Since 2010, Starbucks has refused to buckle to pressure from the Brady Center to Prevent Gun Violence to disregard the Constitution. Credo Action, a group that uses mobile technology and social media to “push change,” garnered more than 40,000 signatures on a petition demanding the company ban guns.

In addition, many of its cafes have been targeted by anti-gun boycotts, including a “Skip Starbucks Sundays” campaign by Moms Demand Action for Gun Sense in America.

Even Doonesbury cartoonist Garry Trudeau got into the fray, devoting six days of his comic strip in 2010 to mocking Starbucks, opening with a barista greeting a customer, “Welcome to Starbucks, sir, would you be openly carrying a weapon today?”

This, in turn, prompted gun rights activists to respond by openly wearing holstered handguns in cafes around the country in demonstrations of support for Starbuck’s adherence to the Constitution.

In August, gun-rights advocates orchestrated a national “Starbucks Appreciation Day” to thank the company for its stance. When gun rights supporters wearing camouflage were confronted by protestors at a Starbucks in Newtown, Conn., the company closed that cafe before the event began.

“We found ourselves in a position where advocates on both sides of the issue were using Starbucks as a staging ground for their own political position,” Schultz writes in his Sept. 19 open letter. “Pro-gun activists have used our stores as a political stage for media events misleadingly called ‘Starbucks Appreciation Days’ that disingenuously portray Starbucks as a champion of open carry. To be clear: we do not want these events in our stores.”

Gun-control zealots have also contributed to the unease, Schultz told the New York Times. “Anti-gun activists have also played a role in ratcheting up the rhetoric and friction,” at times soliciting and confronting employees and patrons, he said.

“I want to make it very clear that Starbucks is not a policy maker and, as a company, we are not pro- or anti-gun,” he told Reuters. “We believe that gun policy should be addressed by government and law enforcement — not by Starbucks and our store partners.”

“It sounds like Howard Schultz is making a very good business decision,” Brian Malte, director of legislation and mobilization at the Brady Campaign, told the New York Times. “Lots of families with children, college students and young people are Starbucks customers, and they want to feel safe.”

However, most of the reaction on Starbucks’ Facebook page by noon on Sept. 18 was negative with many deploring the decision. A post by Mike Hobbs was typical of the comments.

“I happen to like Starbucks coffee but I like my Constitutional 2nd Amendment rights better and I will not succumb to a public company telling me I have to give up any one of my civil liberties if I want to do business with them,” Hobbs writes. “I can and will spend my hard earned money somewhere else. I will also openly and publicly speak out against Starbucks where in the past I have given much support.”

But since, technically, there’s no change in Starbucks’ policy, David Stout of Time magazine questioned what the fuss is all about: “Pistol-packing patrons hoping to quaff a caramel frappuccino will still be served — very politely, one assumes.”

For more, go to:
— An open letter from howard schultz

— Here’s Your Vanilla Latte, But Would You Leave the Glock at Home Next Time?

— Starbucks Seeks to Keep Guns Out of Its Coffee Shops