Gun Stories of the Week: Mock ‘Guns at Convention’ Petition Dupes 50,000, Plus a Gun That Looks Like a Phone 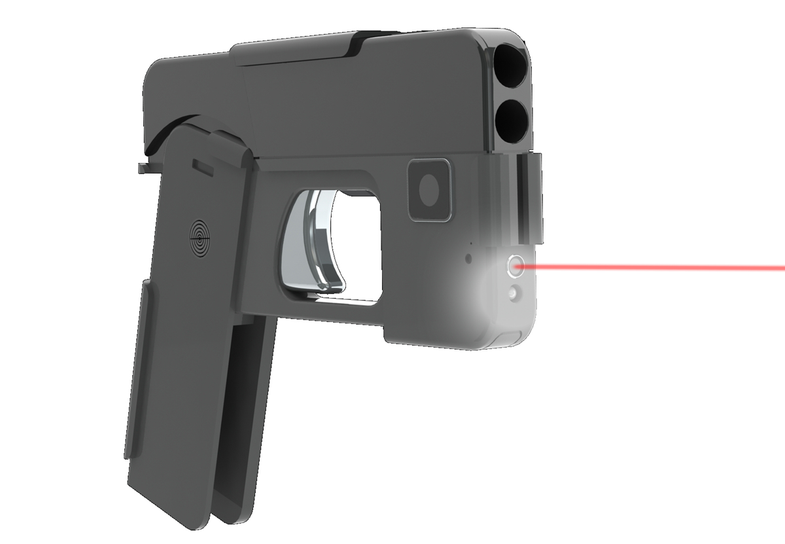 A Change.org mock petition circulated by some guy named “Jim” — Twitter handle @Hyperationalist — calling for the open carry of guns at the Republican National Convention in Cleveland in July garnered more than 50,300 signatures before the ruse was revealed, exposing how gullible those in a constant state of partisan-induced outrage truly are.

Anyone paying attention should recall last summer’s hair-pulling histrionics and eat-your-own hyperbole when the Republican National Committee announced the 2016 Republican National Convention would be staged in Cleveland—a city with a long record of gun control-enhanced gun crime, where restrictive laws would preclude conceal or open carry.

To ensure the satire didn’t further fester into spasms of spittle-spew, the Secret Service—which is responsible for protecting all three candidates—again reaffirmed that “only authorized law enforcement personnel working in conjunction with the Secret Service” will be allowed to carry a firearm into the convention.

Same thing it said last summer when this issue surfaced. Same policy for the 2008 GOP convention in Tampa.

This is what happens in an era of instant communication when it is more important for the “electronic media”—aka, TV—to be first rather than be right: The dissemination of rumor, satire and incomplete information as authoritative fact without verifying validity, veracity and source.

Journalism certainly is dead, on TV anyway. Unfortunately, 70 percent of all Americans “watch” or “hear” all their “news” on TV, meaning their view of the world is skewered by event-generated superficiality, celebrity gossip, dumbed-downed vagaries, the weather (every 7 minutes!) and partisan hacks — like “Jim” — who will do and/or say anything about anything knowing TV “news” will dutifully relay it without validation because it is better to be first than it is to be right.

Especially when so many are so busy be outraged by everything so often they can’t tell when they’re being mocked because they don’t know the difference between satire and “news.”

— That petition to allow guns at the Republican convention? It was created by a gun-control advocate

TECHNOLOGY v. REGULATION
Ideal Conceal: This iPhone is an iDerringer

A Minnesota entrepreneur has designed a prototype pistol disguised as a cellphone and, although no working models have been yet manufactured, the prospect of an easily concealed firearm that doesn’t look like a firearm has stirred gun-control zealots into frightening the TV-educated with visions of “instant message bullets.”

Kirk Kjellberg, of Monticello, Minn., says on his company—Ideal Conceal—website that he has designed a mock cellphone that opens up into a 2-shot Derringer chambered in .380 ACP. According to the website, it uses a striker-fire design so there is no hammer that could possibly get snagged. It also has a built-in clip so no extra holster or accessories are required to carry it.

According to Ideal Conceal’s Facebook page, the Derringer will be available “mid 2016.” Kjellberg told the Washington Times that he has received queries from 4,000 potential customers.

Kjellberg told NBC News that he was motivated by a restaurant disturbance to design a handgun that he describes as, “Cunningly designed to look like a smartphone when folded up.”

“A boy spotted me in the restaurant and said loudly, ‘Mommy, Mommy, that guy’s got a gun!’ And then pretty much the whole restaurant stared at me,” Kjellberg said.

“Some people (praise) Ideal Conceal for its curb appeal of convenient to deploy, easy to conceal and its level of comfort or basically not requiring a holster,” he writes. “The other mindset is that Ideal Conceal creates a horrifying new concern for law enforcement. All cellphones could now be possible weapons used against our men and women in blue. As if their jobs aren’t difficult enough in the heat of the moment they must now decipher and identify if a small object is a possible threat or just another Samsung cellphone.”

— This iPhone is actually a gun

— Double-barreled handgun that looks like a smartphone is ‘virtually undetectable’

— Man Invents Gun the Size and Shape of a Smartphone

— A New Gun Folds Up To Look Just Like A Smartphone

STATE ROUNDUP
In Idaho, the Second Amendment is the only permit you need

As of July 1, you’ll no longer need a permit to conceal or open carry in Idaho. Idaho Gov. Butch Otter signed permit-less concealed carry legislation into law on March 25, meaning the Second Amendment is the only permit state residents 21 years and older need to carry.

“I’m a gun owner, a hunter and a lifetime member of the National Rifle Association,” Otter said in a letter posted by KTVB. “I have consistently championed our citizens’ gun rights throughout my years in public office, and I do so again today in signing Senate Bill 1389 into law.”

Otter said SB 1389 “is consistent with the U.S. Constitution” and encouraged those who will carry without a permit to be sure they are trained in the proper use of firearms.

The United States District Court of the Northern Mariana Islands ruled on March 28 that the U.S. territory’s law that bans the possession or importation of handguns and handgun ammunition violates the Second Amendment.

The Marianas requires all residents obtain a special license—a Weapons Identification Card, or “WIC”—if they wish to possess a firearm. Those applying for the license must be either a U.S. citizen or U.S. national and to prove they have a good reason to possess a firearm. Self-defense is not among the acceptable reasons.

Manglona’s order also requires the commonwealth to begin issuing WICs to lawful permanent aliens, and accept self-defense as a valid reason for obtaining a WIC.

The ruling was the result of a lawsuit brought by U.S. Navy veteran David J. Radich and his wife, Li-Rong, after the couple suffered from a home invasion that left Li-Rong severely injured. Following the attack, the couple filed for WICs to obtain a firearm for home defense.

After not receiving a response for three years, the Second Amendment Foundation brought the case on the Radichs’ behalf and footed the bill for the associated legal fees.

Alan Gottlieb, the group’s founder, said in a press release that the ruling holds the same weight as those made by other federal district courts and will have a lasting impact.

“It will have a direct impact in the 9th Circuit,” he said. “It is another affirmation of the Second Amendment victories in Heller and McDonald. This ruling makes it harder for the gun prohibitionists to get around these important Supreme Court victories.”