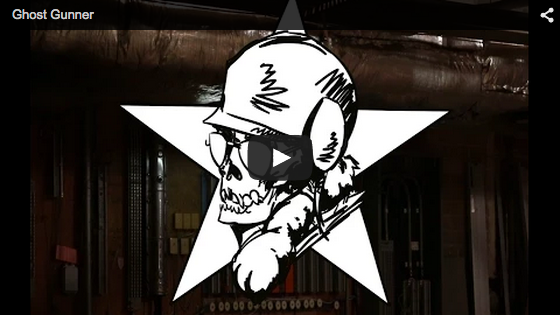 Second Amendment advocates will manufacture parts for AR-15s using 3-D technology on the steps of the Texas Capitol during an armed rally set for Tuesday, Jan. 13, the opening day of the 2015 legislative session.

The rally will be held in support of a bill — HB 195, allowing open carry statewide — filed by state Rep. Jonathan Stickland, (R-Bedford). Come And Take It Texas (CATI), the group behind the rally, announced on Jan. 5 that it had purchased “the Ghost Gunner,” a machine that uses 3-D technology to build firearms.

Murdoch Pizgatti, president of CATI, told NBC News, that the group will use the Ghost Gunner to carve the metal receivers used in AR-15 rifles during the rally, in which participants had already planned to carry rifles and shotguns to protest the state’s gun laws.

The Ghost Gunner can manufacture the lower receiver of an AR-15, which still needs attached parts like a barrel and trigger to function, but is legally considered a firearm. Austin-based gun rights activist Cody Wilson invented the machine, which produces designs in metal instead of plastic like a typical 3-D printer. Wilson, whose nonprofit Defense Distributed sells the Ghost Gunner for about $1,500, created the world’s first 3-D printable gun in 2013.

Pizgatti said CATI intended to start a public conversation about laws limiting the use of tools like the Ghost Gunner and the 3-D printing of firearms. “This is the frontline,” he told the Texas Tribune. “The 3-D printing … [is] going to be cheaper, more accessible to the average person so people with less technical skills will be able to start doing this for themselves.”

“Anybody can purchase one of these to print firearms in their own homes,” Pizgatti said, adding he wants people to protest attempts to regulate machines like the Ghost Gunner that let people create gun parts using blueprints freely available on the Internet.

Not all gun rights supporters agree with the tactic, noting the 3-D printing of firearms at such a rally has added another layer of controversy. Open Carry Texas Founder, CJ Grisham said on Jan. 6 that he had asked CATI not to take the Ghost Gunner to any open-carry rallies.

“I don’t understand the purpose of it,” Grisham told the Texas Tribune. “It seems confrontational, and really, needless. I mean, it’s the first day of the Legislature, we are this close to getting open carry passed, and now these guys want to come and manufacture a firearm on the steps of the Capitol? I just don’t get it.”

A pair of bills filed in each house of South Carolina’s legislature aim to allow, or even mandate, gun safety and Second Amendment-related curricula, in the state’s public schools.

State Rep. Alan Clemmons, who introduced the House bill, says he was inspired to act by the story of a student who was arrested at school over a fictional essay he wrote in which he talked about buying a gun to kill a neighbor’s pet dinosaur. The zero-tolerance attitude towards guns in schools, Clemmons argues, is undermining knowledge of, and respect for, the Second Amendment. “We are giving short shrift to the one amendment that protects all others,” Clemmons told The Greenville News.

South Carolina isn’t alone in its push for gun-safety classes. In 2010 Virginia passed legislation that required Virginia’s education department to create a gun-safety curriculum for public elementary schools using guidelines from the NRA. Since 2012, Maine, Texas, Missouri, Oregon, Wisconsin, New York and Washington have legislation pending that would teach students firearm safety, training and history. Some supporters of such legislation cite one-third of all American households have guns. Therefore, safety lessons are needed.

Numerous other states have introduced legislation to allow faculty to carry concealed weapons on college campuses. Other states are proposing legislation to allow teachers, if trained, to carry concealed weapons in K-12 schools. A small school district in Arkansas began arming 20 volunteer teachers and staff with handguns last fall, under a state law that allows licensed, armed security guards on campus. It is the first in the state to do so. As The Christian Science Monitor reported: “In 2013, seven states passed legislation permitting teachers or administrators to carry guns in schools and more than 30 state legislatures introduced bills that would permit staff members to carry guns in public or private schools, according to the National Conference of State Legislatures.”

Under Clemmons’ proposed bill, one-third of an existing nine-week educational unit dedicated to the U.S. Constitution would now be centered on education related to the Second Amendment, including textual analysis as well as history lessons explaining the amendment’s passage and the key Supreme Court cases it was involved with. Parents would be allowed to have their children sit out of these lessons. The proposed bill requires all South Carolina public schools to “provide instruction in the Second Amendment to the United States Constitution for at least three consecutive weeks during one grading period in each academic year.” Moreover, “the State Superintendent of Education shall adopt a curriculum developed or recommended by the National Rifle Association or its successor organization.”

The NRA’s “Eddie Eagle” program teaches kids in grades K-6 to “Stop. Don’t Touch. Leave the Area. Tell an Adult,” when they see a gun. The program uses the character of an American Bald Eagle, sometimes in the form of a live mascot, throughout its lessons for children. The week-long Eddie Eagle program, which includes coloring books, a video and often a visit from a local police officer dressed in an Eddie Eagle costume, has reached 13 million kids since 1988. Eddie Eagle is usually taught as a special program by local police departments. But some schools have incorporated it into their regular health curriculums along with drug and alcohol education and sex education—depending on the grade level.

Should public schools teach how to use guns? Yes, say South Carolina legislators

Senators mull barring domestic abusers in SC from having guns

To Teach or Not Teach Gun Safety in School

Should Public Schools Teach Kids How to Handle Guns?

Reading became the latest municipality in Pennsylvania to rescind its unconstitutional firearm regulations, to avoid a lawsuit threatened by several gun-rights groups that got permission to sue on Jan. 5 when Act 192, which provides legal standing to challenge local gun laws, went into effect statewide.

Since 1974, municipalities and counties in Pennsylvania have been prohibited from passing their own gun ordinances. “All we’re requiring is that the municipalities comply with the law,” attorney Joshua Prince, who represents a variety of gun rights groups, told 69 News.

In late December, Pennsylvania Attorney General Kathleen Kane said she won’t stand for the state in defense of Act 192, which is being challenged in Commonwealth Court by a group of Democratic legislators and the cities of Philadelphia, Pittsburgh and Lancaster, each of which has adopted some form of local gun ordinance.

From the Mom’s Demand Action Facebook page: “Let’s educate these celebrities on the dangerous and irresponsible policies the gun lobby supports.” A link asks users to tweet one of several messages at the celebrities, and they range from asking if Jackson “supports NRA extremism” to telling Foxworthy that there’s nothing funny about “scaring people just to boost gun sales.”

Mom’s Demand Action “may have been successful in bullying Leno into pulling away from the gun industry with lies and distortions, but they’ll have no luck doing the same to Foxworthy and Jackson,” writes Katie Pavlich Jan. 2 on town hall.com. “In fact, Foxworthy will probably make fun of them during his appearance for even trying.”

Not surprisingly, Foxworthy and Jackson’s fan base is largely made up NRA members and avid Second Amendment supporters. “In their lack of self-awareness, Moms Demand once again is going after the wrong constituency with false accusations,” Pavlich writes.

“The idea of needing to ‘educate’ two full-grown men because their politics runs off the liberal plantation (but firmly within American history and constitutional law) was particularly galling,” writes Joe Saunders in BizPac Review. “A comedian who made his name appealing to ‘rednecks’ and a country singer aren’t exactly the kind of urban lib elites the gun control gang usually counts on, which is what makes the reaction predictable: Foxworthy and Jackson fans don’t have much time for the ‘Moms Demand’ type.”