TOP STORY Restore Constitutional rights those who’ve volunteered to defend the Constitution We didn’t learn the lessons from Ft. Hood.... 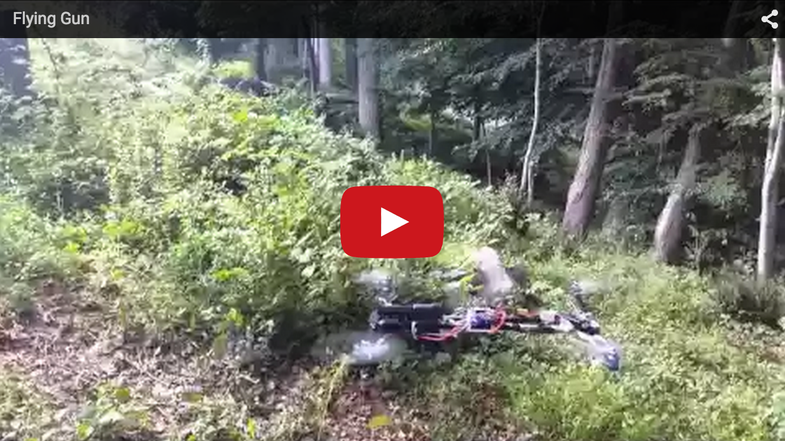 We didn’t learn the lessons from Ft. Hood.

We didn’t learn the lessons from the Washington Navy Shipyard.

Two Republicans introduced a bill in the Senate and House of Representatives on July 21 that would restore the Second Amendment right to carry a firearm to those who’ve volunteered to defend the Constitution at military recruitment centers.

The bi-camel bill would allow military officers, including non-commissioned officers, to be armed when at recruitment centers. “The fastest way to stop a bad guy with a gun is a good guy with a gun,” Daines said in a statement released to the Associated Press. “It’s time to allow our men and women in uniform — including our military recruiters — to have all the resources they need to protect and defend themselves.”

The Department of Defense has banned military volunteers from carrying personal firearms, even if they have permits/licenses in compliance with state and federal laws, on federal property since 1992. The ban was renewed in 2011. In the wake of the Chattanooga shootings, legally armed civilians have positioned themselves outside recruiting centers around the country.

Following the 2009 Ft. Hood and 2013 Washington Navy shootings that left 25 dead and 50 wounded, Rep. Steve Stockman (R-Texas) introduced a bill in September 2013 to allow Marines, soldiers, airmen and sailors with concealed carry permits to exercise their Constitutional right to defend themselves within the parameters of state and federal law that all Americans are entitled to … all Americans, that is, except those who’ve volunteered to defend the Constitution.

The bill never got to the floor. Maybe it should be dusted off and reintroduced.

Some states are taking measures of their own to defend those who’ve volunteered to defend their nation.

In Tennessee, Gov. Bill Haslam said in a July 21 news release that the state’s Department of Safety and Homeland Security has streamlined the handgun permit application process for members of the military. State Senate Majority Leader Mark Norris told the AP on July 23 that legislative committees plan to meet in the next few weeks to assess the state’s security status for the military volunteers who sworn to defend them.

In Kentucky, Gov. Steve Beshear on July 21 directed the state’s Adjutant General Edward Tonini to do what was necessary to ensure security was increased for National Guard members. Kentucky permits its Guard members on duty armories, bases and recruiting stations to carry licensed concealed weapons in accordance with state law. It approved that policy in 2013.

In Massachusetts, the Gun Owners’ Action League convinced state Rep. John C. Velis, D-Westfield, to file House Bill 4054, An Act Relative to Gun-Free Zones, on July 21. The legislation seeks to create a commission to review policies regarding gun-free zones and make recommendations to increase the ability of people to defend themselves in these areas, including schools, government buildings and recruiting centers.

For more go to:

President Obama has instructed the Social Security Administration to report the names of beneficiaries who don’t have the “mental capacity to manage their own affairs” to the National Instant Criminal Background Check System. The move could affect up to 4.2 million Americans whose monthly disability payments are handled by others.

Supporters say the ban will bring the Social Security administration in line with laws that stop gun sales to felons, drug addicts, illegal immigrants and others. Opponents say extending the list based on financial competence is just wrong.

In response to the proposed ban, Rep. Ralph Abraham, (R-Louis.), introduced bill H.R. 3115 on July 21 to prevent the federal government from taking guns away from Social Security beneficiaries unless a federal court has declared that individual mentally incompetent by making it a violation of their privacy to report their names.

“President Obama will stop at nothing to take guns away from anyone he can. My bill would reinstitute the rule of law and prevent bureaucrats in Washington from deciding who can and cannot exercise their fundamental right to keep and bear arms. In this nation, everyone is entitled to due process, and that includes those on Social Security,” Dr. Abraham said.

Nineteen Republicans on the House Ways and Means Committee and Rep. Tom Cole (R-Okla.), the chairman of the Appropriations Subcommittee on Labor, Health and Human Services, Education and Related Agencies, which holds the purse strings for the agency, penned a cautionary letter to Carolyn Colvin, the acting commissioner of Social Security in July 22.

“Providing information on individuals who have a representative payee to the NICS is a broad overreach of authority and violates beneficiaries’ constitutional rights,” reads the letter. “This policy runs counter to the aims of the Americans with Disabilities Act (ADA) — the 25th anniversary of which we will celebrate this week – and would stigmatize seniors and people with disabilities and isolate them from society at large.”

“Old age or a disability doesn’t make someone a threat to society,” continues the letter. “Having a representative payee should not be grounds to revoke constitutional rights. We strongly urge you to halt any steps to provide information on Social Security beneficiaries or Supplemental Security Income recipients to the NICS.”
The National Rifle Association said if adopted, the policy would represent “the largest gun grab in history.”

A proposed California bill introduced by Assemblyman Adam Gray (D-Merced) would have created exemptions in the state’s public records law to prevent the release of personal information about concealed gun permit holders and applicants, including their phone numbers and addresses, but has been stalemated – partially because of pressure from the state’s largest gun-rights group.

The bill was sponsored by the California Rifle and Pistol Association, which pushed an unsuccessful version of same proposal in 2013 that would have gone further, concealing the names of permit holders as well as where they lived.

Calguns said in press releases addressing the bill that changing current disclosure laws would make it harder to study how permits are issued in each of the state’s 58 counties, comparing how sheriffs and police chiefs use their “shall issue” discretion to approve or deny permits, as well as analyzing a host of other socio-economic factors, such as race and income.

Public access to permit information, said Calguns Executive Director Brandon Combs told Chris Edgar of Guns.com, allows him to monitor whether permits are issued equitably and legally. In the past, gun owners from nearby cities flocked to the tiny town of Isleton, California, for example, which had a reputation for issuing permits to anyone who applied. This prompted lawmakers to introduce legislation that required applicants to live in the city in which they apply for a permit.

Gray’s bill was introduced to prevent personal information from being published or mapped, like it was in 2012 by the The Journal News in New York’s Lower Hudson Valley. The newspaper drew national outrage and threats after publishing the names and addresses of 44,000 gun permit holders in an interactive online map.

An 18-year-old college sophomore’s home-made “flying gun” has the Bureau of Alcohol, Tobacco, Firearms and Explosives (ATF) and the Federal Aviation Administration scrambling—again—to figure out ways to deal with garage tinkerers and others who are pushing advances in drone technology faster than they can regulate the products of their innovation.

Austin Haughwout, a mechanical engineering student at Central Connecticut State University, did not violate any laws when he filmed his homemade drone hovering and firing off a handgun on his family’s property. The lightweight drone features a mounted semi-automatic handgun and is just over 2-feet-long. The video shows the gun being fired four times, and the drone is able to recover from the firearm’s recoil to remain in flight.

Titled “Flying Gun.” Haughwout’s video went viral on July 21 with more than 2 million views after it was posted to YouTube. Despite media handwringing, shock and dismay, the ATF told “CBS This Morning” that there appears to be nothing illegal about it, and that they have no way to prevent people from building them.

Haughwout has developed a reputation as a drone innovator and regulatory tweaker. Last year, according to the Associated Press, he flew a drone over a public beach, provoking an angry beach-goer, who attacked him. He told CBS News that he built the drone with help from a professor.

But a CCSU spokesman disagreed, saying engineering professor Edward Moore “actively discouraged” Haughwout from building it, saying it was “simply too dangerous.”

“That drone, the way it was used in the video, did not violate any current statues on the books in Connecticut,” Clinton, Connecticut, Police Sergeant Jeremiah Dunn said. “It’s a case of technology surpassing current legislation. Legislation not keeping up with the technology that’s out there.”

It took more than three weeks to track down who was firing those shots. Gunfire from a drone, Bouchard fears, could leave no trace.

“There would be no physical evidence; perfect crime,” Bouchard said. “This can turn into a video game for sick people. They can play this out like a video game on their computer and shoot people without ever having to look them in their eye.”

And, added Bouchard, potentially get away with it.

The FAA is investigating and could issue a fine if Haughwout violated its regulations.

This DIY Drone Fires a Gun, It’s Time to Freak Out