Gun of the Week: Deringer vs Derringer

Imitation is the sincerest form of flattery, unless of course someone is trying to make a profit from your idea. … Continued 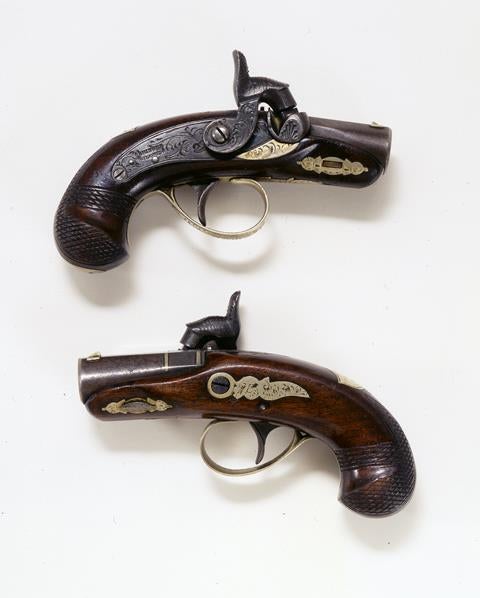 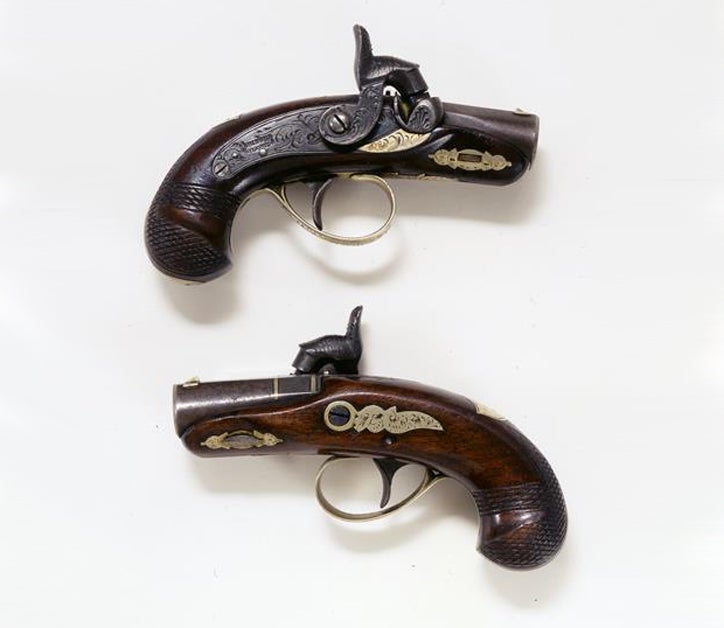 This pair of .41 caliber Philadelphia Deringer Percussion Pistols was owned by William F. Cody. Photo courtesy of the Buffalo Bill Center of the West, Cody, Wyoming. Gift of the Klaz Family, 1.69.1800AB.

Imitation is the sincerest form of flattery, unless of course someone is trying to make a profit from your idea. Henry Deringer, a Philadelphia gunsmith, encountered this dilemma in the mid-19th century.

In 1852, Deringer invented a .41 caliber, vest-sized, muzzle-loading percussion pistol. While some manufacturers stole his design, others wanted to avoid trademark infringement and thus, became creative with their copycat guns. Predominantly, however, major manufacturers intentionally misspelled firearms as “derringers.”

But one shooter who looked for a genuine Deringer was William F. “Buffalo Bill” Cody, who owned the pair pictured here that date to 1865.

The words “trademark infringement” when placed together most likely incite instant boredom and the occasional snoring, but in reality, trademark and patent history is full of more drama than The Real Housewives reality show. I find few things more exciting than the mid-19th century fight and race for invention and the trail of litigation that followed. Perhaps that means I should get more hobbies, but these histories really show how cutthroat inventors can be when trying to lay claim on a product.