Most people associate the year 1860 and the New Haven Repeating Arms Company with the Henry Rifle. But I recently... 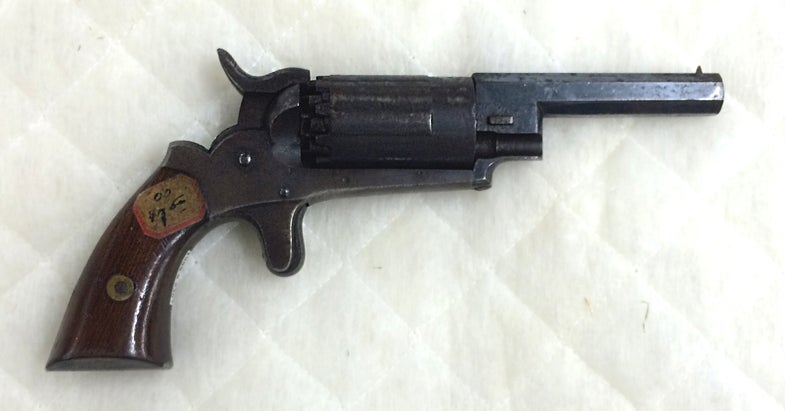 Most people associate the year 1860 and the New Haven Repeating Arms Company with the Henry Rifle. But I recently came across a lesser known and quite peculiar little gun that was manufactured in the same year by the same company.

New Haven Arms—an early company owned by Oliver Winchester—also produced the Walch Ten Shot Double Hammers Pocket Revolver between 1860 and 1862. Designer John Walch and partner J.P. Lindsay did not have the facility to produce this wacky invention, so they sought out both New Haven and the Union Knife Company. New Haven produced pocket variants of this firearm. They were a .31 caliber 10 shot revolver, with 10 nipples and…wait for it…only five chambers.

If you are scratching your head right now, bear with me. Walch tried to one up previous inventors by incorporating an age-old concept of superposed charges. The gun was loaded by stacking two rounds into an elongated chamber. It fired with two hammers, which would fall one after the other.

Walch’s firearm had several design flaws and therefore was left on the cutting room floor of history. While this firearm is not as prominent in New Haven Arms Company history, I find it funny how an unsuccessful gun can become a sought-after collector’s item. Now it may be rare because not many were made, but it’s also nice to know that I’m not the only person who loves a misfit invention.