Gun of the Week: William Harnett and the Faithful Colt, 1890

Today, I’m going to break the mold a bit. The firearm pictured above is not a real gun at all…or... 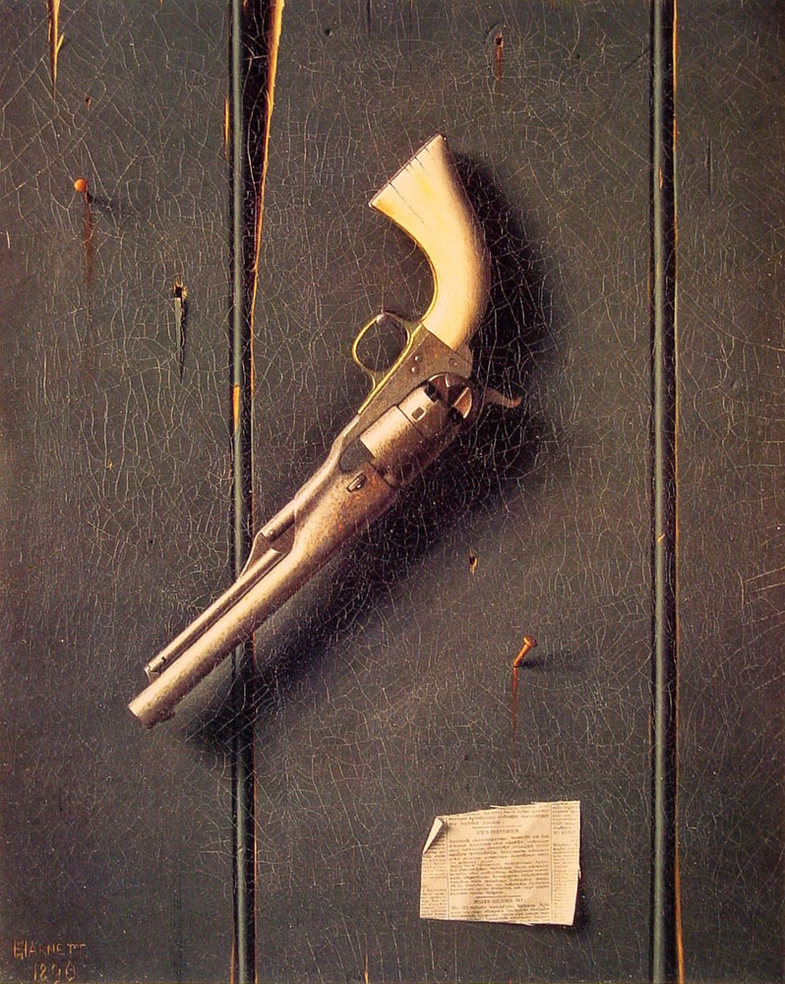 Today, I’m going to break the mold a bit. The firearm pictured above is not a real gun at all…or is it? An auction catalog from 1893 depicting this image read: “A genuine old Gettysburg relic. If the canvas could hold a nail, we would say that the revolver itself was only hung on it.”

Depicted above is a trompe l’oeil painting from 1890. Now, I do not even pretend to have a full grasp of art history, but this style has been one that always has struck me—because of its use of Civil War relics like Colt firearms. Trompe l’oeil is a style of art, where paintings (in this case) create an optical illusion that can often deceive people into thinking the depicted scene or objects are real. In French, it literally means “deceives the eye.” The most contemporary reference I can think of are those artists who chalk sidewalks to make you think there’s a giant abyss or waterfall in the street.

After 30 years, the Civil War was starting to fade into memory. William Harnett was one artist that focused on this escaping past. Harnett, an Irish American, set himself apart from other trompe-l’oeil artists, by painting objects that are not traditionally depicted in artwork, like firearms. Harnett painted firearms of a bygone era since they were becoming increasingly scarce. It was a way to commemorate the past, but this art, like many other factors during this time, resulted in a blurring of the line between where historic reality stopped, and perception and memory began.

It’s a unique time in our history because it’s a point where society looks back upon the past, with the commemoration of the Civil War, while keeping an eye toward the future, and the formulation of the Western Myth.