My hands-down favorite firearm is my 1917 Enfield rifle. I have used this rifle to hunt deer almost exclusively my... 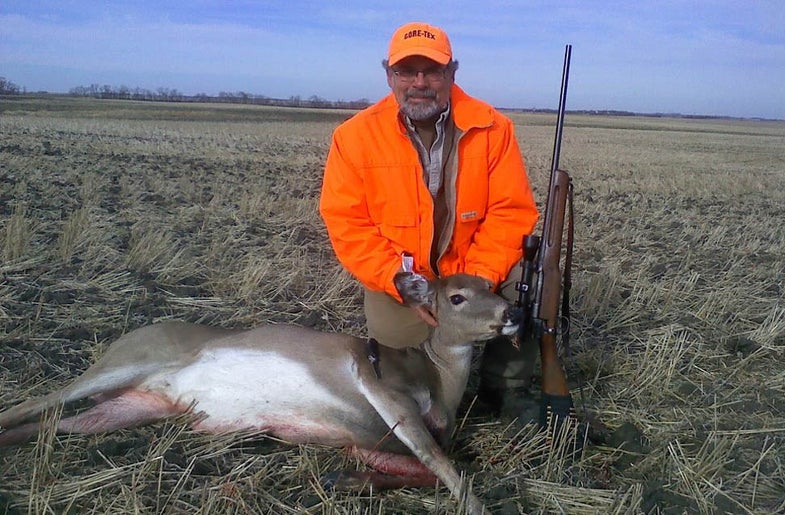 My hands-down favorite firearm is my 1917 Enfield rifle. I have used this rifle to hunt deer almost exclusively my entire adult life. I got the rifle from my Pa, who got the rifle originally from a guy who owed him money, in the mid-70’s. Someone had done a crude job of sporterizing the rifle before we got it. The forearm wood had been cut back, and the back sight had been hacked off to allow for Weaver scope mounts. However, the front sight was still intact, resulting in ghosting in the scope. The ejector was worn out. I took it to a gunsmith who fixed the ejector and cut down the barrel and re-coned it. He was a friend, so we also did some custom re-loading. This rifle loves the 165-grain Spitzer boat tail bullet. The rest of the stock is the original, along with the steel butt plate.

I have lost track of how many deer I have taken with this rifle; probably over 60. My perfect season is the “one bullet season.” I bench the rifle every year and sight it in at 25 yards to pin-point accuracy. I then practice off-hand shooting clay pigeons on a berm at 100 yards. This rifle is like part of my body; I can mount, aim and fire without any conscious thought. I prefer to take shots at deer 100 years and under, but the last two seasons I shot whitetail deer at 350 yards and at 200 yards. Not by choice, but dictated by the circumstances. One shot each, off-hand.

This rifle is an “ugly stick” work horse, but I out-shoot people with expensive rifles and scopes who do not put in the time I do with my rifle. I shoot basic factory ammo and have a modest scope. It won’t do an under one MOA, maybe one and a half, but that is more than good enough for me. I also love how old this rifle is and how well it still performs. I see no reason why it will not last as long as I do.