My Favorite Gun: Browning Belgium A5

In the 1950s, my grandfather bought a couple of Browning Belgiums. Mark Ervin Moore was beginning a collection for the... 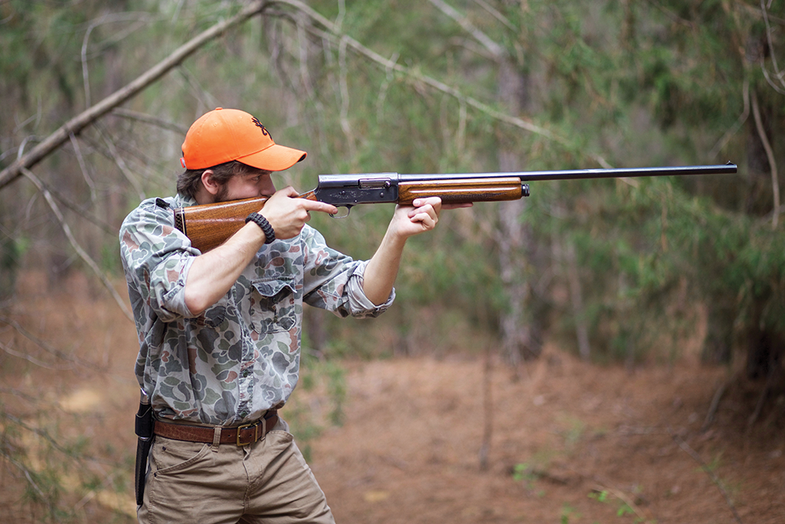 In the 1950s, my grandfather bought a couple of Browning Belgiums. Mark Ervin Moore was beginning a collection for the hunting club he planned to start in southern Alabama. At the time, the whitetail population was so low, the dozen members used dogs to drive deer. And for that, they needed shotguns.

By 1976, the little club had grown to 60 members, all of whom were descendants of the original 12. My father, Mark Russell Moore, was 16, and he and my grandfather spent many years chasing squirrels, deer, and ducks with the collection. In the early years, the arsenal of Belgium A5s grew, with newer versions joining the lineup.

By 2004, I was allowed to hunt with them myself. I was 13 years old when my father handed me his shotgun and told me to shoot a pinecone off the nearest tree. I knocked it out of the tree, the recoil knocked me in the dirt, and those shotguns have been a part of me ever since. Those A5s molded my grandfather, my father, and me, and brought together a group of dedicated hunters who are some of the greatest men I’ve ever met.

A few years ago, the man from whom we leased our land passed away. His daughters sold the property, and we lost our club. But we haven’t lost the guns or the memories. And we’re not disbanding. My brother-in-law has found land to lease near our original club, so those guns can continue their story with the next generation.