OL reader John Fedorka from Shohola, Pennsylvania,​ sent us this account of his favorite gun. To share your own, email... 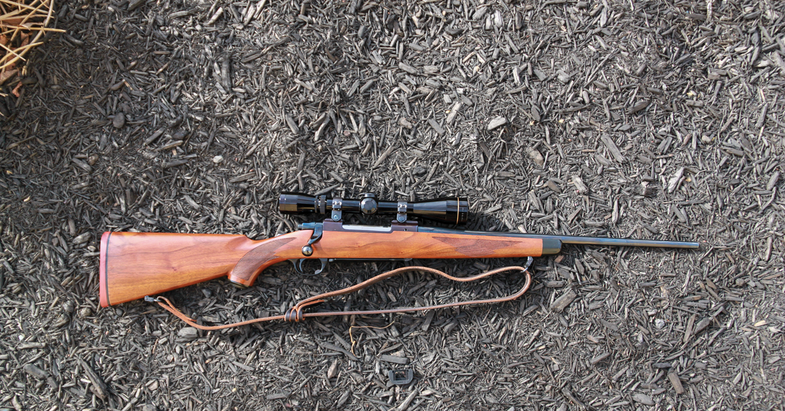 OL reader John Fedorka from Shohola, Pennsylvania,​ sent us this account of his favorite gun. To share your own, email us at myfavoritegun@outdoorlife.com. We want to know the story of your favorite gun, and what makes it special to you. And, of course, we want to see a nice picture of it. Scroll down for more stories, and tune in next Thursday to read about another reader’s gun.

I met a number of people through a shared love of hunting and fishing while attending MSU in Bozeman, Montana. One of them was my good friend Matt Davis, a born-and-bred Great Falls boy. He toted an old Ruger MKI Ultralight in .270 Winchester and used it to shoot everything. It sported a 20-inch barrel, had great balance, housed five rounds plus one, and had a nifty tang safety for those quick, unexpected shots. It was a tack driver with his 130-grain Nosler handloads, which felled everything from massive bull elk to coyotes, and a fair share of gophers in between.

I worked at the now-closed Yellowstone Gateway Sports, and I handled hundreds of rifles, both new and old. Yet I loved the Ruger instantly. This rifle was lively in my hands and felt right against my shoulder. I offered to buy it from Matt a number of times, but he always laughed. I knew I’d have to get my own one day.

Years later, I would move back East with my .300 Winchester Magnum—a great gun for the open country of Montana, but not the best choice for the East. I learned that the hard way when I lost a big buck my first season back in the big woods. By the time I fumbled the safety off and tugged it to my shoulder, the buck had put 50 yards of dense forest between us.

My spirits rose come Christmas. My father found a mint Ruger MK 1 in .30/06, topped it with a Leupold, and stuffed it under the tree. I may have been 25 at the time, but I felt like a little kid again. Every season since that special Christmas, I admire my rifle. I look at it and think of my father, and my college buddy, and the good times I’ve had with all three of them. It’s a new family heirloom that now has a few well-earned dings and scratches, as well as several deer and coyotes under its sling. And, maybe one day, a bear.