life/) and Twitter with #OLmyfavoritegun, or submit them to our Facebook page._ I wish that the story of My Favorite... 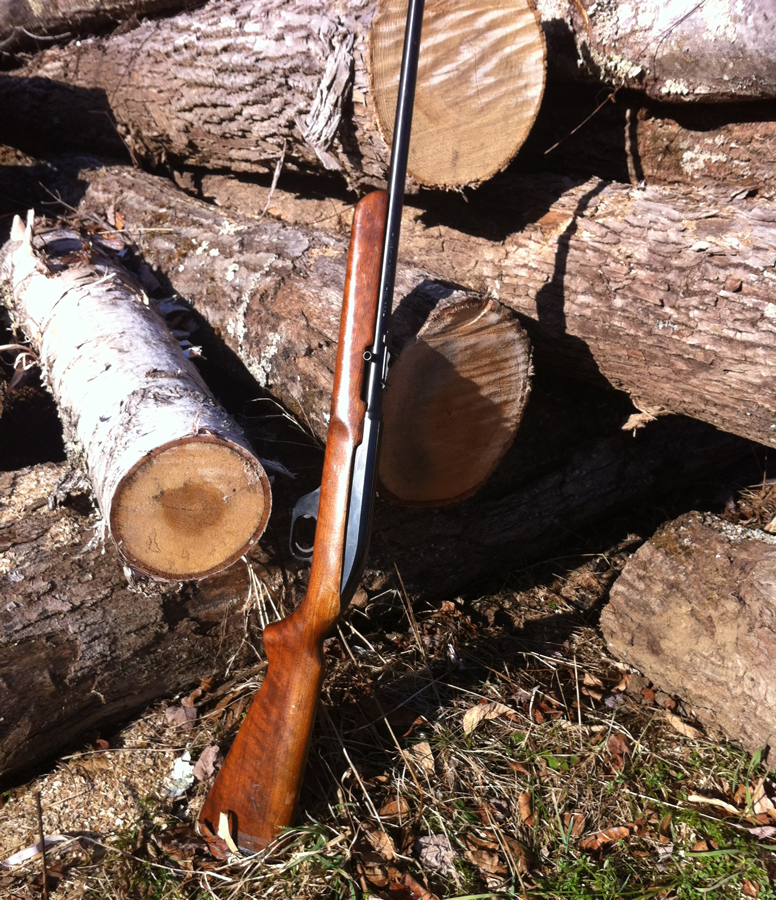 I wish that the story of My Favorite Gun was more intriguing—that I could tell some wonderful tale about all that I’ve killed with it or the miraculous shots I’ve taken that somehow found their mark. But I can’t. Nor does this account of a rather unlikely choice for a firearm favorite involve great monetary worth—you can pick one up online for a couple hundred bucks. Yet, of the many guns in my rather pedestrian arsenal, I think of only one as irreplaceable: a Winchester 77 .22 autoloader—such an odd choice for a firearm that even my friend Dave Petzal acknowledges it as a “crummy” gun. But, like Dave, the M77 was my first gun or, more precisely, the first gun I ever shot.

The little plain-Jane plinker was manufactured from 1955 until 1962, which is about when Dad bought it from a local gun shop mostly to ward off a local infestation of woodchucks and squirrels. How he ever managed to hit anything with the open-sighted auto will forever remain a mystery, but somehow he did.

A vision eternally etched in my mind is of a red squirrel tumbling from the very top of a backyard tamarack tree bouncing off branches on a stop-action descent to the ground. My brother, Ken, and I cheered every foot of the slow-motion somersault. The recovery effort took hours, but Ken eventually found the red’s diminutive carcass wedged in a head-high crotch of a tree branch. It was a glorious moment and we battled for possession of the body on every inch of the 100-yard bike ride up the road to our cousins’ house—each wanting to be first to show off Dad’s “trophy.”

Summer evenings thereafter were designated for “shooting practice.” Dad kept “The .22” under lock and key in the living room gun closet long before there was ever a legal mandate to do so. Loaded 5-shot clips lay atop boxes of Federal “Hi-Power, XCESS speed” .22 ammo in a locked drawer below. While Ken and I set up paper targets and pop cans in the backyard, Dad gathered the M77, clips, and bullets. When the appropriate time came to shoot, we were apportioned 2 shots apiece, a rule that I violated the first time I stepped to the line. Heck, it was a semi-auto! I quickly ripped off the clip. Brass flew about and that unmistakably sweet scent of spent .22 ammo still wafts through my nose. By Dad’s frown, I knew that my shooting was over for the night. But what a night it had been!

Through the years, I’d frankly lost track of “The .22.” Dad, diagnosed with Alzheimer’s Disease, had been in a years-long battle for his life. Other, far-better-shooting small-game guns had taken its place for me. Ken, no doubt appreciating the M77’s significance, had docked it in the corner of his bedroom after Dad died in November—or at least that’s what the state trooper surmised.

Ken, heartbroken since Dad’s passing, had died in his sleep just a few mere feet away. The crummy little gun, so symbolic of my youth, has suddenly become something so much more.