OL reader Dave Duran from Minneapolis, Minnesota,​ sent us this account of his favorite gun. To share your own, email... 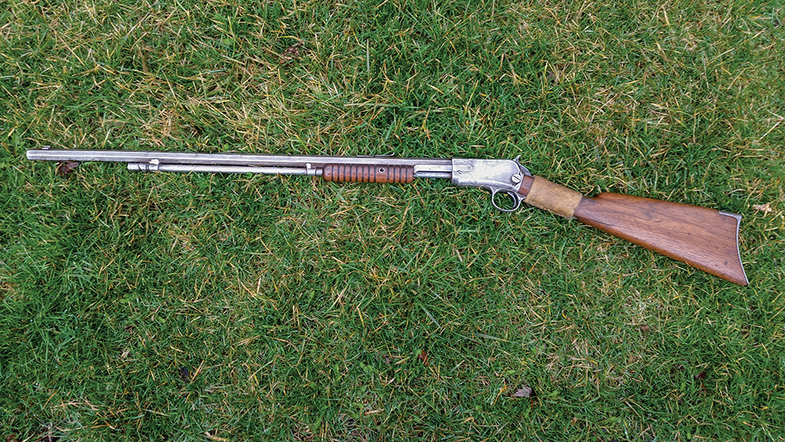 OL reader Dave Duran from Minneapolis, Minnesota,​ sent us this account of his favorite gun. To share your own, email us at myfavoritegun@outdoorlife.com. We want to know the story of your favorite gun, and what makes it special to you. And, of course, we want to see a nice picture of it. Scroll down for more stories, and tune in next Thursday to read about another reader’s gun.

My gun was originally owned by grandfather, who was a coal miner and logger most of his life. He was rather poor, which meant this .22 WRF didn’t just sit in a case and see action a couple of times a year. It put food on the table almost every day. It’s certainly worn and battered, but still in good working condition. You can see the welding where he had the tube magazine repaired. He also broke the stock just below the trigger guard. It would have been too expensive to buy a new stock and, I guess in those days, it was common to repair them with rawhide. He soaked the rawhide in water until it was soft, then stretched it around and stitched it together. I can’t believe how solid and strong it is after all these years. 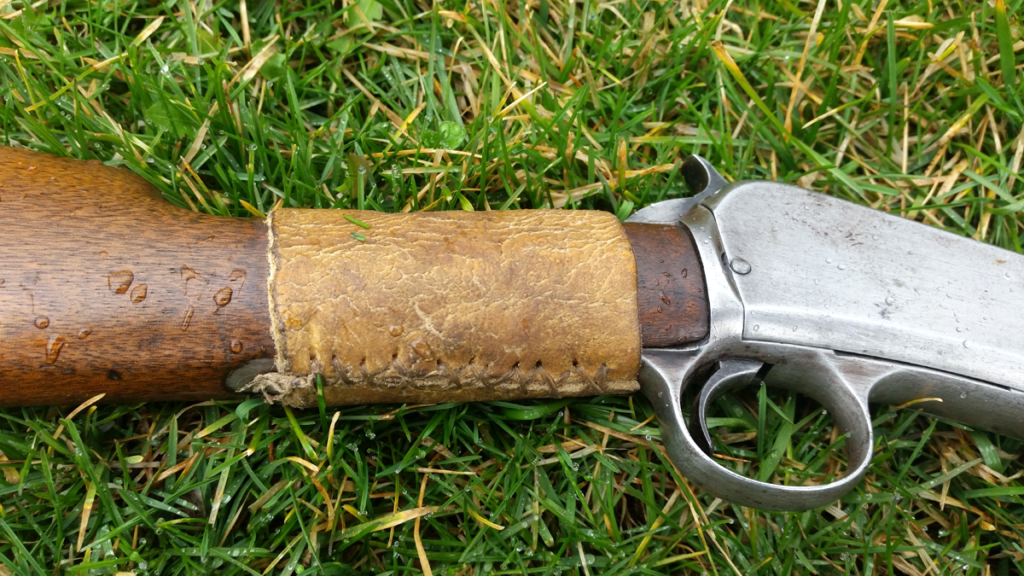 The rawhide wrap originally used to repair the stock

Looking at those stitches, I can imagine my Grandpa sitting in the kitchen, in front of the wood burning stove—the only furnace for the house—of his little home in Oak Creek, Colorado. As a child I spent one or two weeks every summer there—that was back in the 70’s and early 80’s. I even remember when my grandpa gave this gun to my dad. I was 17 or 18 years old, and they were talking really loud. Not shouting at each other, but hollering because my grandpa’s hearing was really poor due to all those years running chain saws. The next thing I know, my grandpa goes into his bedroom and brings out a small gun case and almost grudgingly hands it to my Dad. There was silence, and that was the end of the conversation. When they would talk to each other a lot of time it was easier for my dad to speak Spanish to him. He seemed to understand it a little better, but it was harder for me to figure out. What I got from the conversation was that my grandpa would often give things away to other family members and give my dad had nothing. This wasn’t necessarily intentional; rather, it was a matter of logistics. Most of my Grandpa’s kids lived in Colorado so they saw him more frequently than my dad (we lived in Minnesota). But this time he received Grandpa’s gun.

In December of 2011, my dad passed away unexpectedly. Months later, my mom and I were sorting through Dad’s things and, tucked away in the back of his closet, we found the small gun case I remembered from so many years ago. When I was younger, I remember him pulling it out for me because I would ask about it. We never shot it, we would just look and hold it, and he would tell me stories of how much my Grandpa loved that gun…my gun.