What’s Your Favorite Gun Scene in a Movie?

The best character in “The Good, the Bad, and the Ugly”—one of the greatest films of all time—is Tuco, the... 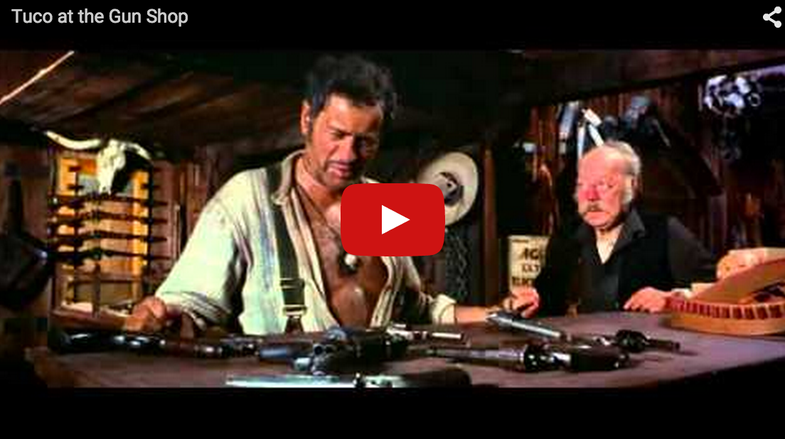 The best character in “The Good, the Bad, and the Ugly”—one of the greatest films of all time—is Tuco, the slippery Mexican bandit played by the immortal Eli Wallach. As good as Clint Eastwood and Lee Van Cleef are in that classic, Wallach steals the show.

My favorite scene with him is when he stumbles into the general store after surviving his ordeal in the desert. He needs a gun, and he needs it now, but he isn’t going to settle for any pistol.

After the shopkeeper shows him his wares, Tuco disassembles various Colt 1851s that had been converted for cartridges, and proceeds to assemble a pistol from their various parts. He inspects the components, checks the timing, and then test fires his build, as the slack-jawed storekeeper witnesses his marksmanship.

If there’s a better gun scene—not a shoot out—in Hollywood history, I’d love to hear about it.

My runner up for this honor is when Mathew Quigley gets ready to demonstrate his skills in front of Elliot Marston—played by the incomparable Alan Rickman—and his crew. As the rider carrying the bucket that will be used as a target gallops down the road, Quigley calmly unsheathes his rifle and attaches the peep sight before saying, “About there will do.”

My only issue with this scene is that after checking the wind and settling into a good shooting position he allows himself to be rushed by Rickman’s character, taking what amounts to a snapshot offhand.

But that’s the quibble of a gun geek. What’s your favorite movie gun moment?