How To Ruin A New Shooter

For their eighth birthday earlier in the year, I gave my twin boys their first .22. I worried that I... 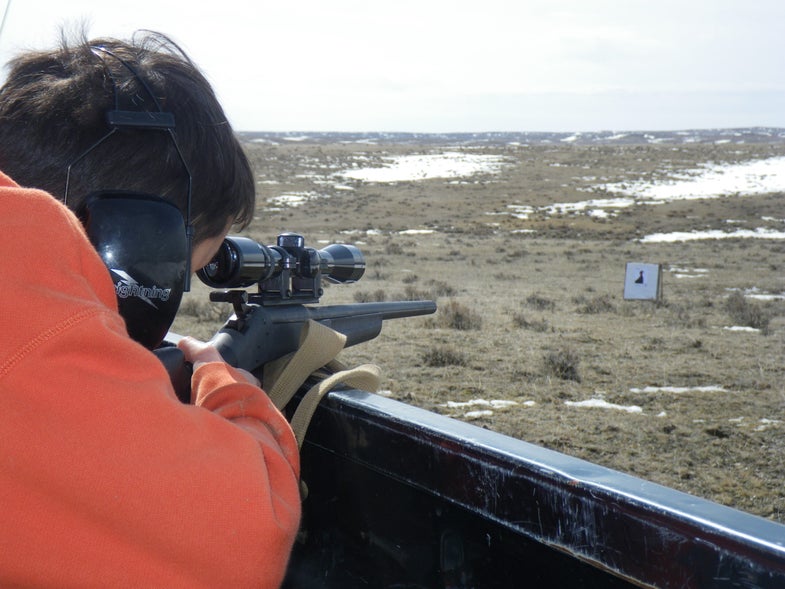 For their eighth birthday earlier in the year, I gave my twin boys their first .22.

I worried that I was jumping the gun (so to speak) but they’re proficient with their air rifles and had been shooting my rimfires long and well enough that the gift of a New England Arms break-open single-shot seemed like a logical progression.

The rifle has a 20-inch barrel, smooth as a willow branch. No iron post on the barrel end, no open notch near the breech. Instead, it is drilled and tapped for a scope. This concession to modernity bothered me just a little.

As I held the trim little gun, I remembered my father’s statement that a riflescope is to be earned after years of shooting with simpler, more primitive sights.

Because of his clear-eyed dictate, I learned to shoot with open sights. And because a gun is a kind of generational connective tissue, it was important to me that my kids follow the same path. One of my most indelible memories is sitting between my dad’s knees, leaned back into his stomach as I squinted down the barrel of his heavy .22. I wanted my boys to have that same golden memory.

But then I recalled the darker side of that moment, the mutual frustration as my dad tried to teach me to hold the quivering front post of the iron sight in the blurry V of the rear sight. How my eyes could focus on the sights but not the target, or on the target but not the sights. How heavy the gun was and how shaky my own arms got after just a few shots.

With that tarnished memory in mind, I bought a little fixed 4-power Bushnell scope, and transformed the boys’ primitive single-shot into a modern rifle that’s accurate and fun to shoot. And because hitting the target is as simple as looking through a telescope, the boys have a swelling confidence in their shooting ability.

The boys can’t get enough of shooting, which was exactly my purpose in this gift. They’re getting used to holding the crosshairs steady and working on their cheek welds and trigger squeeze. Sure, I want them to learn to shoot through open sights, but I’m not quite ready to replace this joy of shooting with the frustration that can come with buckhorn sights.

When they’ve earned it, there’s an old .22 in my gun safe with a notch and leaf and lots of great memories just waiting to be refreshed.