Wolf hunting seasons that have been approved in Idaho and Montana may continue as scheduled, a federal judge in Montana... 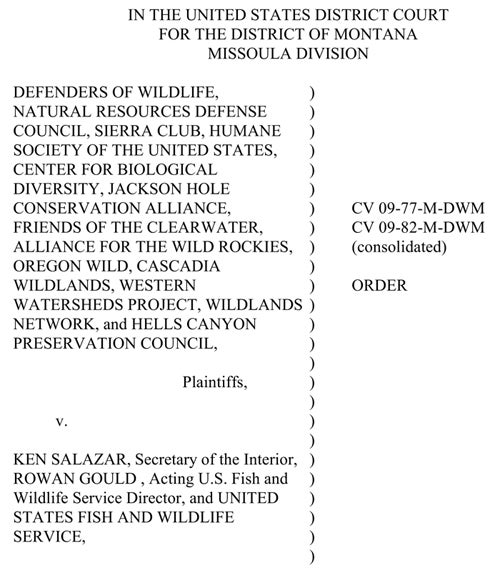 Wolf hunting seasons that have been approved in Idaho and Montana may continue as scheduled, a federal judge in Montana ruled earlier today.

A group of environmental groups had asked District Judge Donald Molloy to intervene in the hunt, essentially halting the Idaho season, which began Sept. 1, and the Montana season, due to open on Sept. 15. They sought an emergency injunction closing the seasons, arguing that the legal harvest of even a few wolves would irreparably damage the entire population of wolves, which were removed from the federal Endangered Species List earlier this year.

But Molloy, who had previously ruled that the wolves should be relisted, rejected the environmentalists’ claims, concluded that “there is no proof to support the assertion” that the death of a small number of individual wolves would be significant for the species as a whole.

That means that Idaho’s hunt, which will end when the harvest quota of 220 is reached, can continue. Montana hunters can harvest up to 75 wolves.

Molloy’s ruling had been expected for the past two weeks. In rejecting the petition, the judge acknowledged that the absence of his ruling hung “like the Sword of Damocles” over the future of wolf hunting in the West.