As I was hastily slicking meat off the second front quarter of a Milk River whitetail, I had a sudden... 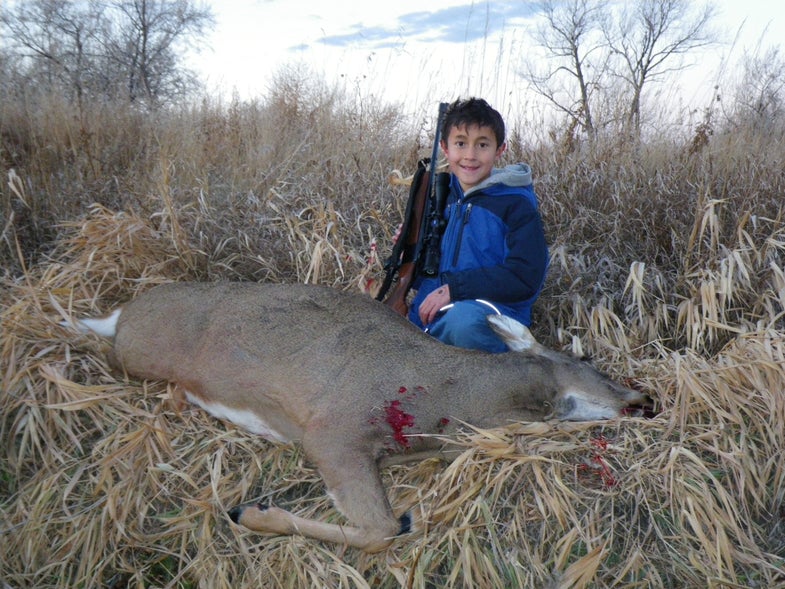 As I was hastily slicking meat off the second front quarter of a Milk River whitetail, I had a sudden epiphany.
What was I doing, butchering a meaty doe in fading light, risking slicing off a finger or a thumb, in such a hurry to leave home? I had shot this doe over the weekend with my son Ellis at my side, after a great sneak – a really satisfying father/son moment as Ellis picked out the deer and helped recover and field dress it. I should be savoring this moment as I turn deer into venison, not hurrying to finish the chore.

After all, it’s early November, and there is nowhere else I’d rather be in the world than home here in Eastern Montana, looking for an outsized whitetail or mule deer.

Then I recalled why I was finishing all my chores at the last minute. I’m leaving tomorrow for Illinois, and a date with some of the largest whitetails in America.

I’ll be traveling tomorrow, on the way to St. Louis, then Quincy, and eventually Cooperstown, Illinois, and the heart of the Golden Triangle of monster buck fame. I’ll be bowhunting with Tim and Jeff Richardson on their Richardson Farms for the balance of the week.

It’s a hunt I’ve been looking forward to all year, a chance to encounter a really massive corn-fed whitetail. I’ll try to post updates from the field, but internet access is iffy. I’m encouraged by reports that the chase phase of the rut is just starting in the Midwest. Here’s to straight shooting.