Like the range wars of the last century, a groundswell of discontent is rippling across the West, but instead of... 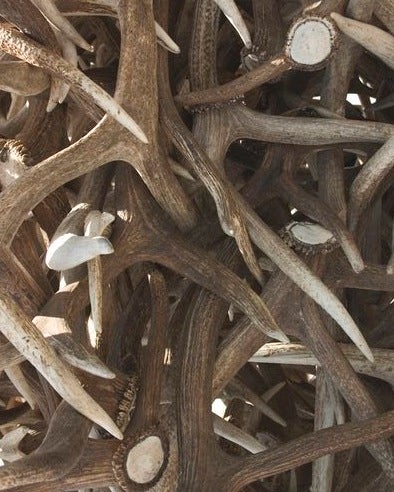 Like the range wars of the last century, a groundswell of discontent is rippling across the West, but instead of pitting open-range ranchers against honyockers, the new adversaries are those who want to collect shed antlers now vs. those who want them to wait a spell.

Wyoming is aflame right now with discontent, much of it stemming from a Game and Fish Department decision (www.gf.state.wy.us/services/news/pressreleases/09/11/30/091130_1.asp) in November that prohibits shed-antler collection on public land in western Wyoming until May 1.

That follows Utah’s decision last year to require antler collectors to take an on-line certification test before they could hit the field, and barring them all season from some areas of northern Utah. Colorado has similar shed-hunting restrictions, requiring antler hunters to wait until May 15 to comb the Gunnison Basin and other favorite big-game wintering areas.

Now Montana is weighing in on the issue. A contentious proposal is before the state’s Fish, Wildlife & Parks Commission (www.helenair.com/news/article_e90a0714-fb51-11de-b0c3-001cc4c002e0.html) to restrict antler gathering on state-owned wildlife management areas.

The proposal would mandate foot traffic only and limit horn hunters to two antlers per day.

What’s going on here? Is the issue, as some reactionaries claim, another government land grab, the antler restrictions a flimsy excuse to keep the public off public land? Or do overzealous horn hunters pressure wintering deer and elk herds during the very season the ungulates need to be left alone to survive the winter and drop healthy calves and fawns? And are a handful of profit-minded antler seekers ruining it for the rest of us?

CAN ANTLERS BE REGULATED?

Another issue is one that has legal implications. Some opponents of the antler-gathering restrictions say that fish and game agencies have no authority to regulate antler gathering. They cite decisions that indicate once antlers drop off game animals, the ivory becomes the property of the landowner, and no longer falls under the umbrella of game management.

For my part, I’ve seen horn-hunting intensity ratchet up every year until, in some of the most popular areas of the West, it’s like opening day of rifle season, with multiple pickups parked at trailheads, occupants glassing wintering herds to see when antlers drop. Game wardens across the West are getting trespass calls from ranchers in January and February, previously pretty quiet months. And biologists claim that winter-weakened elk and mule deer are being pushed into marginal habitats by horn hunters that sometimes dog herds until antlers drop from worn-down bucks and bulls.

On Montana’s Sun River Wildlife Management Area, the May 15 opening is like Oklahoma’s Land Rush, with hundreds of people on horseback, 4-wheelers and even bicycles racing to be the first to reach antler-rich foothills.

I’d like to think most horn hunters do it for the sheer enjoyment of the pursuit. It is a lot like treasure hunting, and the thrill of finding a shed never gets old. But an increasing number of hard-core shed hunters are doing it for money–freshly dropped elk antlers sell for up to $5 per pound and trophy mule deer antlers can fetch close to $20 per pound.

Like any public resource with value, it was only a matter of time before it needed to become regulated. I think many of the new restrictions are overly broad, but the undeniable fact is that they are necessary, and only partly to buffer wintering big-game herds. The larger reason is the same one that motivates game agencies to operate lotteries to distribute coveted big-game hunting permits: to fairly distribute opportunity.

And in this discussion, the folks who are howling the loudest about the restrictions are the same ones who have been profiting disproportionately from the public resource for years.