This just in from the Interior Department: Sage grouse populations in the West probably warrant listing as a federally endangered... 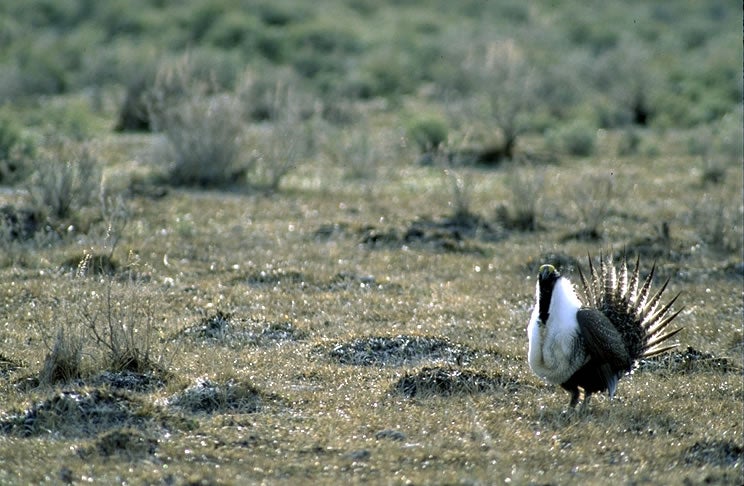 This just in from the Interior Department: Sage grouse populations in the West probably warrant listing as a federally endangered species, but there are other critters in worse shape.

That’s the upshot of this afternoon’s announcement by Secretary of the Interior Ken Salazar that had sportsmen, ranchers and land managers from the Dakotas to Nevada holding their breath.

Here’s a link to the news release announcing that federal agencies will redouble efforts to work with state partners and private landowners to promote land-use practices that benefit sage grouse. These include livestock grazing systems, mitigating the impact of energy development, and limiting the conversion of native range to crop production.

The decision was expected last month, but the unexpected death of Sam Hamilton, the head of the U.S. Fish & Wildlife Service, postponed the grouse announcement until today.

Today’s announcement doesn’t mean that sage grouse won’t be listed as endangered. The feds will monitor grouse populations–which are especially hard-hit in the Great Basin habitats in Nevada, southern Idaho and much of Utah and Colorado–and revisit the listing status in the future.