Gayne Tries to Kill the Smell in his Ice Chest

“What is that smell?!” I barked. “It reeks!” My wife looked up from her newspaper to answer with a question, … Continued 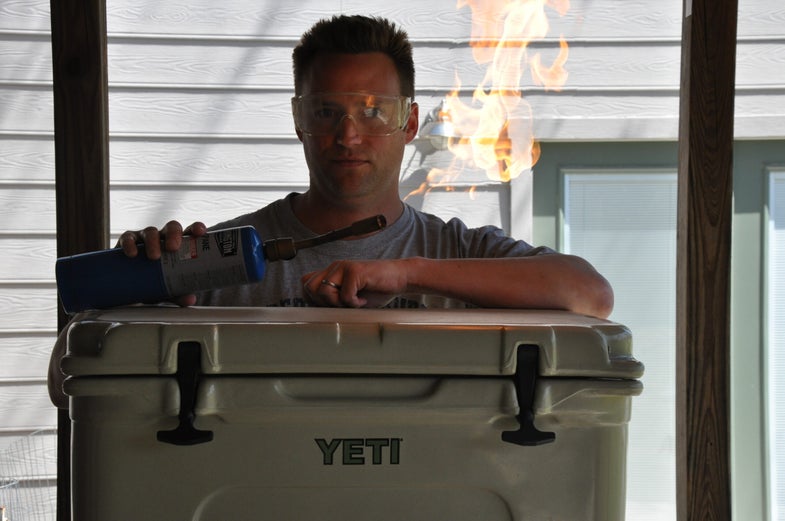 My wife looked up from her newspaper to answer with a question, “What’s smell?”

I finished the last of my beer. “That smell! That fishy smell. How can you not smell it?”

“I don’t smell anything.”

I shook my head at her being olfactory challenged and pulled another beer from the ice chest. I popped the top and went in for a drink. The smell grew stronger.

“God! How can you not smell that? The whole deck smells like cat food.”

My wife walked to me and took the beer from my hand. She smelled the can and laughed. “It’s on your beer. The can smells like fish.”

The beer smelled like fish because I had failed to clean my cooler properly after bringing it back from the lake loaded with catfish. And despite that fact that I spent the rest of that Sunday afternoon scrubbing the interior, the cooler still had the faint odor of dead fish. Several hours and many fishy beers later I gave up. The next day I called Roy Seiders of YETI Coolers for help.
His first suggestion was to try soap and water. After I laughed and explained that I had spent the afternoon scrubbing my cooler with just that he had the following suggestions.

“Use a solution of warm water and Clorox (6:1 ratio) with a sponge or mildly abrasive rag. As odors can easily get trapped in hard to reach areas such as around the gasket and drain plug, be sure to thoroughly scrub those areas.”

When that didn’t work, I called him back for another round. Again, he was eager to help.
“Try cleaning it with a high pressure soap spray found at a local do-it yourself car wash. This type of cleaning will bring the cooler back to the condition of the day you bought it.”

Seventy-five cents later I was back in business with a clean ice chest loaded with beer that didn’t smell like Fancy Feast Gourmet Cat Food.

So the next time you’re stuck with a rank cooler take it to the carwash. It works. Well, not on Styrofoam coolers. The car wash jet wash would probably destroy it.