I was walking back to my office with my friend Ky today. We were both carrying guns–in broad daylight–down the... 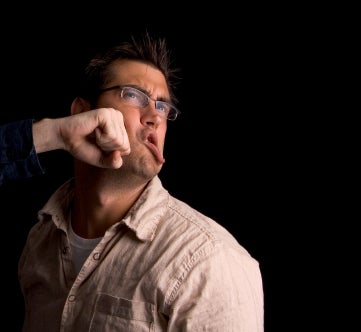 I was walking back to my office with my friend Ky today. We were both carrying guns–in broad daylight–down the main street of our town (God bless rural Montana), on our way to a field day for kids sponsored by our local National Wild Turkey Federation and Ducks Unlimited chapters.

Maybe it was the moxie of our plain-day display of firearms. Maybe it was the prospect of spending the next four hours alternately terrified and thrilled as we introduced youngsters to guns.

But Ky turned to me and said, “When was the last time you were in a fistfight?”

The question took me so totally off guard that I started laughing. Then I stopped, stock-still, in the middle of the street and thought about the question.

My mind flitted to a one-punch encounter with a jealous boyfriend back in Seattle, then to a drunken bar brawl in Wolf Point, Montana years and years ago in which I was mainly a pugilistic bystander more than an aggressor.

As I was thinking, Ky volunteered his last bare-knuckle mashup. He was in elementary school more than 20 years ago. He and his down-the-street neighbor got into a war of words at school. Threats were made. Names were called. Finally, the boys agreed on an after-school showdown in the back of a town park. Each boy was surrounded by vocal seconds, and Ky said they mainly wrestled, and threw a couple of weak, misdirected punches. The fight ended in a draw, the crowd dispersed, and Ky continued on his walk home.

“I rounded a corner and there was this kid, with his brother, and they rolled me,” Ky remembered, stealing a glance at the shotgun in his hand. “More than the humiliation and the pain, I remember thinking how unfair that fight was.”

Then I volunteered my last real fistfight. I was in 8th grade, and my classmates and I were talking trash in the locker room after a game of pickup basketball. Rick said something nasty to Doug. I stuck up for Doug, and Rick said those words that bring any junior-high kid out of the stands: “You think you’re big enough to make me?”

Suddenly we were toe to toe. I recall ducking one punch, and then thrusting with my fist. More than anything, I remember the feeling of my hand going into Rick’s nose, and the soft, yielding feeling. Then I remember the blood. Lots of it, all over the locker-room floor. And the scared, bewildered look in Rick’s eyes.

Rick and I were good friends. We still are. But we both learned something that day, the day I threw my best, last punch.

So how about you? When was the last time you were in a fistfight?