Crystal City, Texas. I was hunting mouflon at the invitation of a relatively new game ranch. The weather was clear... 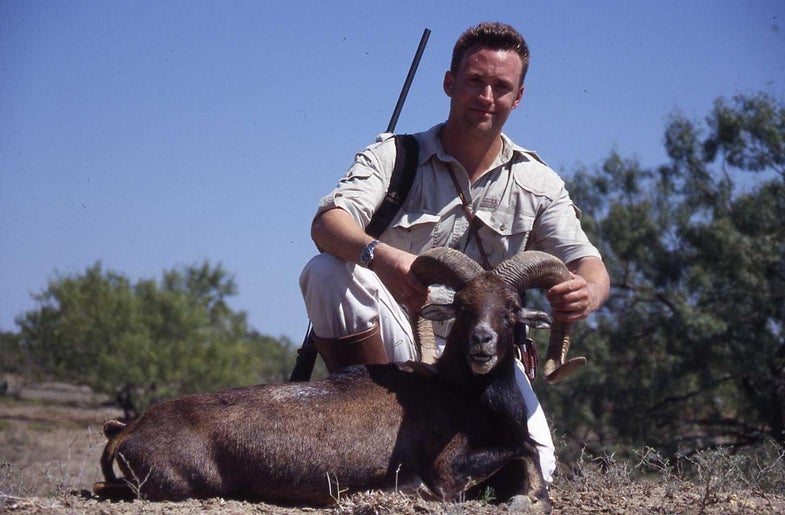 I was hunting mouflon at the invitation of a relatively new game ranch. The weather was clear and dry and the mercury stood hovering at 110 degrees.

The hunting was hard, hot, and not very productive. What few animals I did see were deep in mesquite thickets seeking shade or nervously drinking at one of the ranch’s many water tanks. The mouflon, which the ranch owner really wanted me to see, were smart enough to stay hidden during the daylight hours and only ventured into the open just prior to sunrise and right after sunset. My guide went so far as to venture that the heat had turned them nocturnal.

After a tough first day of baking in a blind and in the back of an open air Kawasaki Mule, I was ready for a cold beer and even colder shower. Unfortunately things didn’t turn out quit like I’d hoped.

My accommodations were one half of a newly constructed duplex. I had a bedroom, a living area with table and chairs, and a large bathroom complete with an enormous shower made of stone collected from the property. The latter the ranch owner was extremely proud of, explaining that he had brought artisans in from Mexico to lay the stones by hand. The walls were decorated with mounts of animals taken on the ranch and from the trophies from the owner’s most recent African safari. The only thing that seemed out of place with my room was all the air fresheners. There were more than half a dozen of them strewn about. The room smelled of “Citrus Harvest” and “Floral Afternoon” overkill.

When I turned on the shower I quickly discovered the reason for the multitude of air fresheners.

The shower water came straight from a well and reeked of sulphur. Even before the water came out the smell of sun-rotting goose eggs permeated the air. In less than a minute the entire apartment was bathed in the smell. The sheets, drapes, my clothes, and bath towel were all tear-inducing, putrid, harborages of gag. I almost yacked the smell was so bad.

When I asked the ranch owner about the smell he smiled, gave me another beer and stated, “The filter’s broken. It’ll smell like that all weekend. It’s still clean water though.”

I spent the remainder of the night sitting on the porch drinking beer trying to muster the courage to go inside and pass out.

It still smelled when I went inside.