I took my family to the Houston Zoo last week and aside from the fact that almost every animal on... 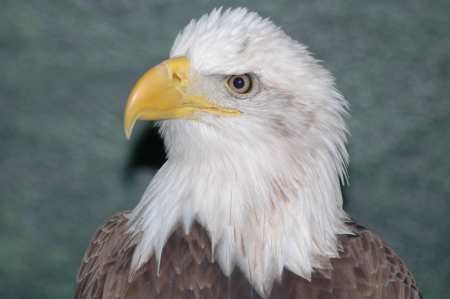 I took my family to the Houston Zoo last week and aside from the fact that almost every animal on display was labeled as “endangered” (alligators, lions, eland, bongo – all legally hunted in their native habitat yet categorized as endangered by the zoo) I found the facility pretty nice. That was until I came across Liberty the bald eagle. Liberty is a rescued bird that came to the zoo in January of 2000 after being shot in the wing by a “hunter.”

How about Liberty was shot by a poacher? An idiot? A jerk with a gun? By somebody breaking the law? Why identify this criminal as a “hunter?”

According to Wikipedia a “Hunter” is defined as “…a police drama television series starring Fred Dryer as “Sgt. Rick Hunter” and Stepfanie Kramer as “Sgt. Dee Dee McCall”, which ran on NBC from 1984 to 1991.”

It defines a “hunter” as “A person who hunts game.” For me, “game” is the operative word here. Eagles are not “game.” Therefore, the person that shot the eagle was not by definition a hunter. So why is the Houston Zoo using “hunter” to define someone that committed a crime? Was this word choice just a simple mistake on behalf of zoo personal? Poor editing perhaps? I’d hope so. I would hate to think that the Houston Zoo, or anyone for that matter, automatically believes that anybody that shoots an animal is a hunter.

Being a hunter, by my definition, is someone that seeks the opportunity to take a game animal in accordance to the law and to a strict code of ethics. I say opportunity because I’ve been on many hunting trips that led to nothing being killed. Being a hunter does not mean killing just for the sake of killing. And it sure doesn’t mean shooting an eagle in the wing.

What do you think? Am I on the right track with my definition? Is the Houston Zoo way off base in their use of the term “hunter?”